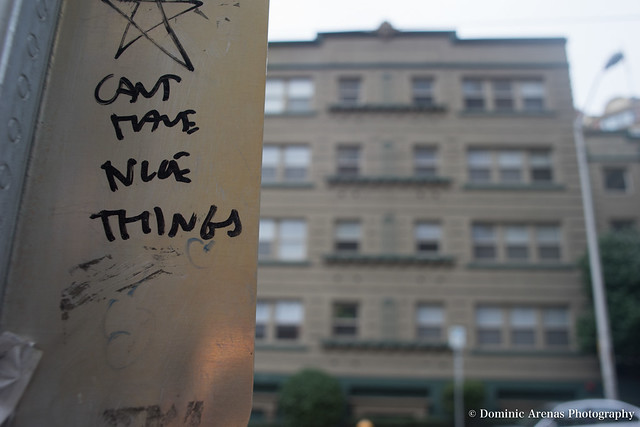 “We do know that homeowners have participated more in the past. but we’re also looking for folks who are generally not participating in these kinds of conversations.”

As the Seattle City Council begins to slowly sift through and implement the Housing Affordability and Livability Agenda committee’s recommendations to address the city’s housing supply, city departments are conducting public outreach on HALA — partly through community focus groups made up of members of the public. While for many currently living on Capitol Hill, any improvements will likely come long after we’re priced out of the neighborhood, the optimistic and altruistic should consider joining the fight.

Also, the city needs you! The most recent applicant demographic breakdown from the department of neighborhoods reveals a skewed applicant pool. Out of a total of 238 applicants to date, those from the north Seattle neighborhoods of Wallingford, Phinney-Ridge, and Ballard are still overly represented (with 26, 20, and 18 applicants respectively). Next up is the area surrounding 23rd Ave between Union and Jackson in the Central District with 13 applicants, then North Beacon Hill with 12 and Capitol Hill with 9 (or 4% of the total applicants). Other neighborhoods throughout the city have pitched eight or fewer applicants.

Kathy Nyland, director of the Department of Neighborhoods, says that even though the applicant demographics are skewed, that doesn’t necessarily mean that the final composition of the focus groups will be similarly disproportional. The ideal is to have a healthy mix of both renters, homeowners, and “traditionally underrepresented groups including minorities, immigrants, refugees, and non-native English speakers.” There are no minimum quotas for each of those demographics, but diversity will be kept in mind while choosing applicants, Nyland said.

“We do know that homeowners have participated more in the past. but we’re also looking for folks who are generally not participating in these kinds of conversations,” said Nyland.

The focus groups are still being put together and the Department of Neighborhoods is currently accepting applications from interested citizens until February 26th. Their stated purpose is to “guide implementation of the [HALA] agenda.” “We are asking residents from neighborhoods across the city to participate as volunteers to inform the HALA process. A key focus of the Community Focus Groups will be land use and zoning changes that could affect neighborhoods,” the application for interested citizens reads.

The purpose of the focus groups is to facilitate dialogue and provide input to the city on the HALA recommendations, particularly on the zoning changes associated with the mandatory inclusionary housing program or the “grand bargain”, which will require developers to produce units with rents restricted to 60 percent adjusted median income in exchange for a height bonus (the city council passed a resolution last year outlining the timeline for implementing the HALA the grand bargain, which would be enacted in 2017 with extensive public outreach over the course of 2016.) These groups will meet monthly through December 2016.

The Department of Neighborhoods is putting a heavy emphasis on the “dialogue” role of the work groups. “In really simple terms, the purpose of these is just to have a dialogue, to make sure we’re having a dialogue with many stakeholders across the city because it’s a city wide conversation and these are vehicles to ensure that happens,” said Nyland. “These focus groups are about conversations. They’re not coming up with direct recommendations. They’re not advisory groups by any means. They’re facilitating conversation and sharing information amongst others.”

Documents provided by the Department of Neighborhoods lay out what is and what is not “on the table” for the focus groups. What is not on the table: “removing areas from the Mandatory Housing Affordability program,” meaning that the areas subject to up-zones or annexation to an adjacent urban village by the HALA recommendations are not up for debate. What can be debated is the hyper-specific nitty-gritty—but very important—details, like lot coverage limits, setbacks, specific height increases in a zone, and amounts of floor area that can be built on a site, all factors which can facilitate or hinder density. In addition, focus groups will be looking at possible “mandatory housing affordability [program] exception areas,” like historic districts, public plazas potentially impacted by shadows from new development, and SEPA protected view corridors.

“It’s going to be two ways. Those groups will hopefully go back to their communities, and then us taking that information that we’re hearing [in focus group discussion] to the departments and the mayor,” Nyland said.

Whether any input coming out of the focus groups regarding HALA zoning changes will actually result in city policy will depend on the council and how receptive they are to the work groups. But this may still be cause for concern to pro-density, pro-HALA advocates, especially given the demographic makeup of focus group applicants. Earlier this month, Erica C. Barnett at the C Is For Crank reported on how the majority of applicants hailed from north-end Seattle neighborhoods where residents are primarily white, single family home owner—like Wallingford, Fremont, and Ballard. Those are the neighborhoods and demographics that have been the most vocal and active in their opposition to the HALA recommendations, particularly the upzoning of commercial and multi-family zones and the slight expansion of urban villages. And seeing as these groups an ear for the city into the neighborhoods’ attitudes on HALA, representation will matter and certainly affect the tone of dialogue.

The plan is to have four focus groups—each made up of 20 to 40 people—organized around themes of “similar issues and characteristics,” meaning that people from neighborhoods and areas similarly affected by certain elements of the HALA recommendations will be grouped together. The group themes are “Urban Village Expansions” (which will include representatives from Othello, Greenlake, and NE 130th street neighborhoods), “Low/Medium Densities,” (neighborhoods with urban villages like Wallingford, Rainier Beach, South Park, and Queen Anne), “Medium Densities” (neighborhoods with urban villages and sizeable, high-density areas with three to six story commercial or multi-family structures like Ballard, Fremont, 23rd and Union/Jackson) and “Hubs and [Urban Centers]” (including Capitol Hill, First Hill, Northgate, and the University District). Each focus group will [ideally] have three to five representatives from each neighborhood, two of which will be from urban villages.

This still leaves the possibility for skewed representation towards white homeowners  in certain focus groups, like the “Low/Medium Densities” group which includes Wallingford—the neighborhood with the most applicants—and Rainier Beach and South Park, neighborhoods currently showing only several applicants each.

Nyland and the Department of Neighborhoods are aware of the issue, but are hopeful that city outreach methods will yield diverse applicants.  The department boasts several facebook ads, posters in Seattle’s business districts, and outreach from reach from renter-focused community organizations, or “not just the classic city channels,” as Nyland put it. The social justice advocacy organization Puget Sound Sage has also been in the loop and may have representatives present in the focus groups.

“We’re working on it,” Nyland said.

Other upcoming city outreach efforts on HALA include a “neighborhood summit,” seven mini-town halls, a “neighborhood night out blitz,” and a “Year in Review GALA,” as well as more telephone town halls.

But time for applying to focus groups is quickly running out. The deadline for submitting applications is Friday — February 26th.