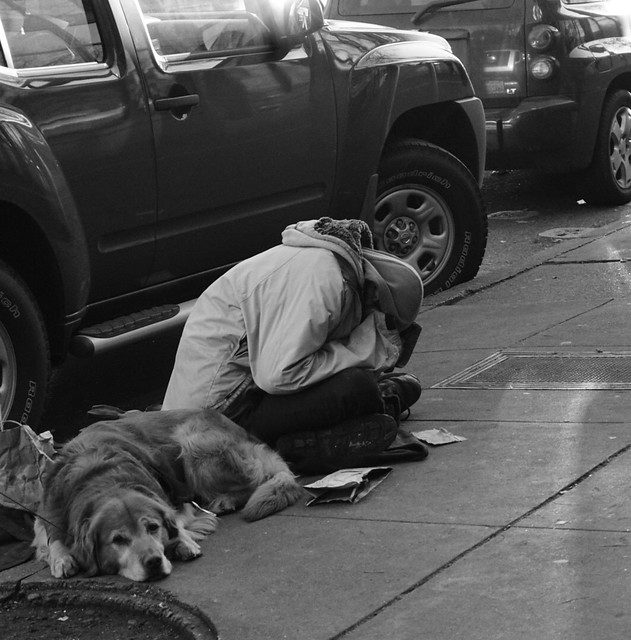 As Mayor Ed Murray seeks more local, state, and federal funding to address the growing crisis, one successful homelessness outreach program has made its way to Capitol Hill.

Outreach counselors from the Metropolitan Improvement District have begun joining East Precinct officers on morning patrols. Cal Anderson is a regular part of the beat. It’s part of a long term strategy to do the hard work of confronting chronic homelessness: Counselors learn who sleeps on the street by name, what issues they face, and slowly, try to find ways to help.

Outreach workers often start with offering people socks or blankets to open up a conversation, Willard said. They can also provide city and regional bus tickets, motel vouchers, connections to homeless shelters, and other social services.

The effort follows promises made in the wake of a shooting at Broadway and Pike in November to bring more services to Pike/Pine to help free up East Precinct officers who have found themselves on the front lines of Seattle’s homelessness crisis.

There are currently two outreach workers assigned to Capitol Hill and a third drug abuse and mental health counselor on the way. Willard said the program is on the search for an empty storefront or small office space in the neighborhood. “Just a place to meet with people out of the rain … a table, a couple chairs, maybe a coffee pot,” he said. You can email Willard with any ideas.

MID outreach workers have operated around downtown for nearly two years, but had been increasingly finding their way up the Hill to follow clients. Plans were put in place last year to expand the program full time in the E Precinct.

MID conducts its outreach work as a part of a contract between the City and the Downtown Seattle Association. It also organizes the Multi-Disciplinary Team — a group of law enforcement and nonprofit organizations that meet to discuss everything form systemic homeless issues to specific individuals on the street. The MDT also serves as a resource for MID outreach.

Meanwhile, another program aimed at diverting drug users — and to a lesser extent, sex worker — from jail and into treatment programs will soon make its way to Capitol Hill. Law Enforcement Assisted Diversion was launched in Seattle in 2011 and has since been replicated in cities across the country. It works by placing drug use suspects into counseling before they’re booked into jail. Typically, an officer will call a LEAD outreach worker to assess a drug user they think may be a good candidate for the program (no warrants or violent criminal history). The outreach worker then schedules a crisis assessment offered through Evergreen Treatment Services.

Results from the program have been promising. LEAD participants were 87% less likely to be incarcerated after entry than those who didn’t participate, according to a 2-year study (PDF) of the program recently competed by the University of Washington. They also had 58% lower odds of a subsequent arrest after entry.

Participants were also far less of a burden on taxpayers than those that didn’t participate, resulting in an average of $2,100 in savings in the criminal justice system.