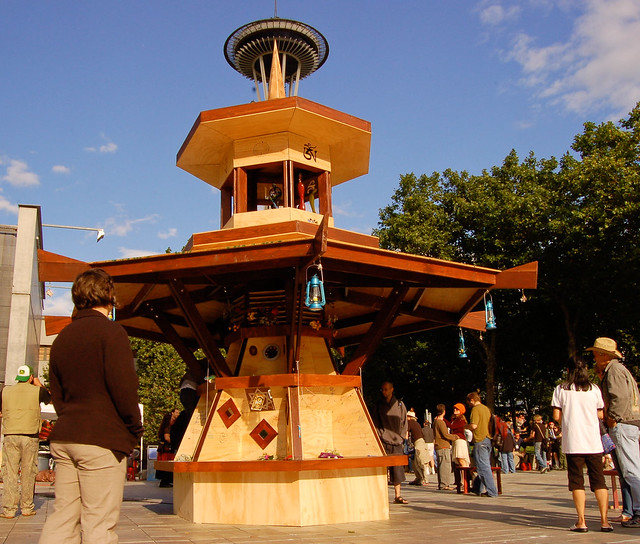 As with so many mass shootings since, there is still no real explanation for what prompted 28-year-old Kyle Huff to embark on what was likely the most violent 10 minutes in Capitol Hill history. Stories and letters published in the days following the tragedy painted Huff as an introverted and isolated young man. Those who knew him from his hometown of Whitefish, Montana remembered him and his twin brother as inseparable outcasts, quiet and shy. Huff’s north Seattle landlord described him as respectful.

On the night of the shooting, residents of the 22nd and E Republican house were hosting an afterparty following a rave, billed Better Off Undead, at the now-shuttered Capitol Hill Arts Center on 12th Ave. Huff was reportedly invited to the house while at the rave, but was not close with anyone at either party. After arriving to the house and making some small talk, Huff left. A short time later he returned, heavily armed, just before sunrise.

Across the intersection, a longtime resident named Susan was looking for her morning newspaper when she noticed a man across the street spray painting “NOW” on the sidewalk.

She thought it was strange but not alarming, and went back inside. Minutes later Susan heard what she initially thought were firecrackers. Then came the screams. She went outside again and watched as the man she saw spray painting emerged from the house, placed the barrel of a shotgun in his mouth, and pulled the trigger. “It was very traumatic,” she said. “I remember it all.” 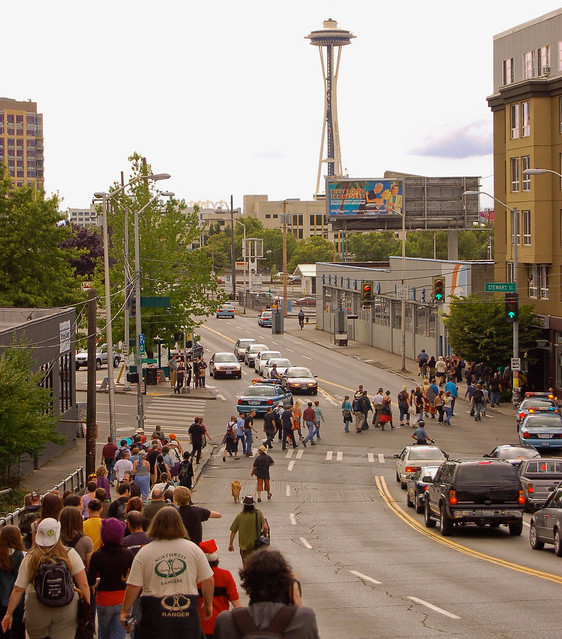 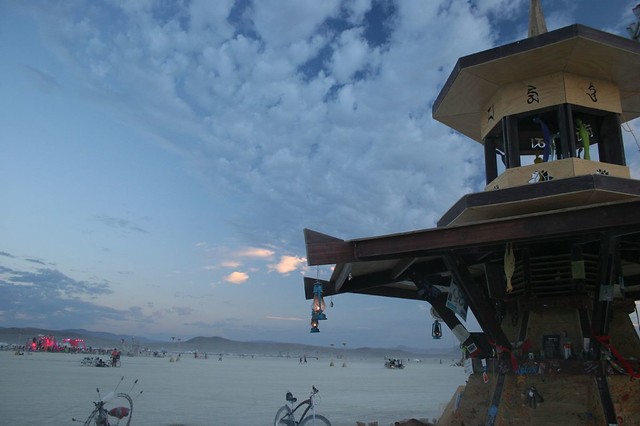 Susan, who requested to be identified by her first name only, recounted the story in front of her house this week, just steps away from the scene of what became known as the Capitol Hill massacre. In the days following the shootings Susan brought pizza out to mourning family members and friends, and even set up facilities in her yard for people who were holding vigil at the site.

Further details about Huff and how the Capitol Hill massacre unfolded were revealed in a report commissioned by Seattle Police. In 2011 a Seattle filmmaker started a fund raising campaign to produce a movie about Huff. Backlash to Jagger Gravning’s trailer for Wallflower was swift and strong at the time, but the film is apparently now in production. Gravning has not yet responded to a CHS request for comment.

A decade after the shooting, the 22nd and E Republican house remains and is still surrounded by neighbors who were there when tragedy struck their quiet Capitol Hill block. Susan, who has lived on the block since 1978, said that morning is still fresh in minds of many of those neighbors.

“I can’t walk past that house without remembering it,” she said. “When something that tragic happens it never leaves you completely.”

As a retired director of a crisis outreach center, Susan also knows better than anyone that we will probably never fully understand what motivated Huff to do what he did. How he did it, however, is painfully clear

“I think the answer is that a person who was mentally ill was easily able to access guns and ammunition. Lots of it,” she said. “We see it every day, this was just our neighborhood.”