Ballard is abuzz. Bauhaus is returning. And while it isn’t yet clear whether the Capitol Hill original — in its final years relocated up the Hill on E Pine — will be part of the resurrection, the financial situation around owner Joel Radin is coming into light as the apparent revival plays out.

According to court documents, Radin has declared personal bankruptcy and is currently going through the long process of documenting assets and some $1.6 million in debt the businessman rolled up with friends, family, and banks as he operated a small chain of Bauhaus cafes and popular Ballard pizza joint Zayda Buddy’s. The brutal financial process requires Radin, who lists a home address of “Slip 23” in a Lake Union marina, to document everything he owns of value — even his dog:

Good news for the pooch? Radin has included the line item among the property he is declaring exempt from the US Western District Bankruptcy Court process.

Radin closed his Seattle businesses including the E Pine Bauhaus in December 2015 in an abrupt wave that gave customers and employees little or no warning. Radin said at the time the plan for the popular cafe to return to its original corner at Melrose and Pine was also being killed with the closures. The business entities themselves are NOT part of separate corporate bankruptcies and currently remain listed as active corporations in the state.

Today, the E Pine cafe remains dark. Items left behind like soda pop in the counter cooler remain as they were through the winter. CHS receives tips and reports from hopeful neighbors of occasional activity in the space but, so far, nothing has been announced to put the cafe space back into motion.

In Ballard, however, something is afoot. A sign bearing the Bauhaus brand and a hopeful “April 15” message suddenly appeared this week and messages of excitement have rippled across the Ballard social network. The sign fits in with a puzzle we’ve been working on. So far, Radin has not responded to our questions.

CHS has been told Radin is preparing to reopen a cafe in Ballard. Oddly, the landlords of the Ballard building Bauhaus has called home are also part of the long list of creditors listed in Radin’s bankruptcy filings. In January, a King County Superior Court judge ruled Radin owes the Stringfellow Family Partnership $39,210 in unpaid rent. That joins a judgment of more than $10,000 Radin owes his pizza joint’s landlord. Meanwhile, another lawsuit continues stemming from a November 2012 incident in which a NW Market pedestrian claimed he was injured by “a large hole” that was part of the construction around the buildout of the Ballard Bauhaus location. A lawsuit filed last November called for a judgement for “pain, suffering, and mental anguish” and “permanent impairment.”

In the bankruptcy filing, Radin also lists debts to Capitol Hill-area business owners he has worked with and borrowed money from including $25,000 owed to Baltic Room owner Jason Brotman and an “unknown” amount owed to his E Pine landlord Hikmat Aboul-Hosn. One of the largest lump sums in addition to the nearly $200,000 Radin says he owes the IRS, and State of Washington is $239,500 owed to family members he borrowed money from.

Meanwhile, the assets Radin hopes to keep exempt during the bankruptcy also include shares he continues to hold from his early days with Top Pot Doughnuts:

Those assets, judgments, and debts will be organized under Radin’s bankruptcy — the “Chapter 7” filing means Radin’s assets will be gathered and sold by a trustee instead of repaid on a payment plan. The financial odyssey ahead will at least be a familiar journey for Radin. He also declared Chapter 7 bankruptcy in a process that was finally closed in 2002:

CLOSED. Order Approving Account, Discharging Trustee and Closing Estate. It appearing to the Court that Trustee, the Chapter 7 Trustee, has reduced the property and effects of the estate of the above-named debtor(s) to cash, or has disposed of said property and effects with approval of Court; the Trustee has made distribution as required by order of this Court and has rendered a full and complete account; and the Trustee has performed all other duties required of him in the administration of said estate; IT IS ORDERED that the accounts of the Trustee be approved and allowed; the Trustee be discharged and relieved of his trust; the bond of the Trustee, or blanket bond as it applies to this estate, be canceled and any sureties be released from further liability, except any liability which may have accrued during the time such bond was in effect; and the case is hereby closed. The debtor is relieved of any further responsibility for keeping this Court and the Trustee advised of his current mailing address. Mark L. Hatcher, Clerk. (Stewart, Marsha) (Entered: 04/09/2002 at 14:16:21)

That should give Radin’s dog some confidence. 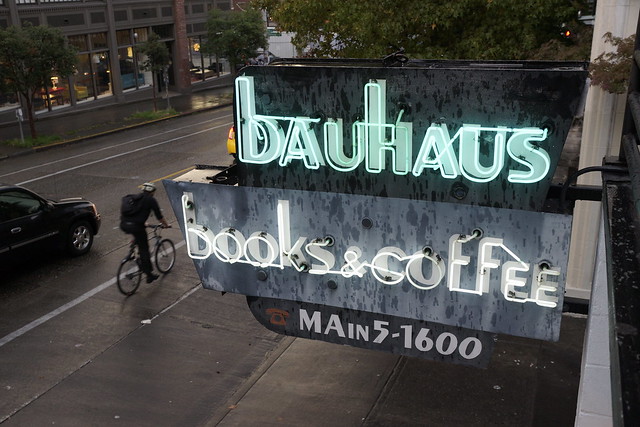 First the sizzle pie picture I posted to reddit got used on the local news and now CHS food blog?
I’M FAMOUS =P

Imgur is lame for credit — let me know if you want us to add your name to credit and we’ll make you REALLY famous :)

The facebook post is right and the sign does read as “Spirit Animal” since the “and” is very small. Spirit and Animal is a bad name anyway. I’m sick of the blank & blank name trend in restaurants and bars. They should crowdsource a new name by setting up a kickstarter and having people “vote” with their donations on the best name. Or set up a contest where people can name the bar via social media. They will lose business if some people think the name is offensive (and/or pretentious).

How about following the lead of Missy Elliott (since they’ve already thrown their thing down), they flip it, reverse it, and become Lamina Tirips? Or Animal Spirits? Or Yoga Raven? (Because seriously, what kind of pose is that bird in?) And if none of these are acceptable, then perhaps “The Boozery” because at least you would know what to expect there.

that’s how you get Boaty McBoatface

Someone buy up the rights to Zayda Buddy’s and move it to the Hill and I will be a regular and make all of my friends go. This was in the wrong neighborhood.

A Minnesota/Wisconsin (full of Scandinavians) themed bar, located in a neighborhood with deep Scandinavian roots, that was always chock full of people, was in the wrong neighborhood?

@Le quoi?, Neighborhood is too far from Capitol Hill. too long to walk to bring your friends to =P

Lobby Bar updated their FB page a little bit yesterday – nothing big, just a photo change…. but it sparked rumors of them reopening, some in the thread thought maybe 500 E Pine since it’s recently been vacated…

Didn’t this guy have a yellow Ferrari 355 Spyder?

I remember hearing that the former Ballard Bauhaus employees banding together and started a funding campaign to take over the store. Maybe they succeeded.

They didn’t get the location. The old owner of Bauhaus got it back. He’s been in there all week. Which it total bullshit

No one in Seattle is excited to see Bauhaus up and running again. That man owes a lot of people money along with a lot of vendors he almost put out of business and now he gets to re-open with a clean slate. Don’t forget all his employees he let go right before Christmas with no notice. IF you want Bauhaus coffee go to Lighthouse that’s were they got there beans.
Bauhaus IS DEAD

I do enjoy the typo made by the best food writer in Seattle. It’s wok, not “walk” :D