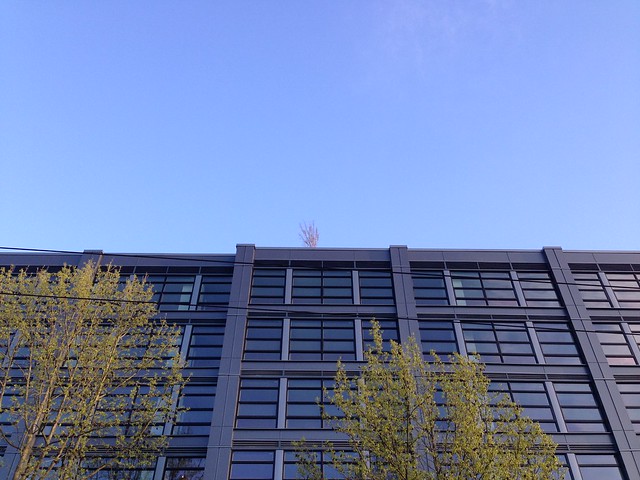 One of the more surprising measurements? When it comes to usage of Metro buses, the update showed a negative trend, with a small decrease of use as measured by the index in 2015 compared to 2014, judging from Metro’s route and stop specific ridership data.

“Originally, when we were looking at those numbers, it was puzzling,” said EcoDistrict senior planner at Capitol Hill Housing, Alex Brennan. “More people are walking and biking … but then we looked at the actual use data for Metro — that’s going down a bit.”

But the Capitol Hill EcoDistrict team are attributing this to the cuts. updates, and optimizations to Metro service (like the 47), that kicked into gear in 2014. Brennan said that they looked at Metro ridership data from February through May of 2015, a timeframe that fell just short of when cut routes were restored in the summer and fall of the same year.

“If we had gone another month or two we’d probably seen different kinds of numbers,” said Brennan, adding that with the cut Metro routes restored and the opening and heavy usage of the Capitol Hill light rail station, next year’s Index update will be both more representative of transit usage and promise.

The Index, which uses a set of metrics and data from various sources to judge the neighborhood’s progress in achieving sustainability targets (like achieving zero annual traffic collision related fatalities and reducing the rate of car commuting), showed positive trends in both neighborhood transportation modal choices, street safety, and usage of the local farmers market held outside Seattle Central College on Broadway.

The green Hill loves the local farmers market, which, according to annual individual transaction totals, showed a 23% increase in shoppers in 2015 from 2014. And a quarter of these shoppers used EBT and WIC food assistance money to purchase goods via the market’s Fresh Bucks Program.

As for the transit side of Index there were no fatalities from traffic collision in the neighborhood in 2015, down from one in 2013, and serious injuries resulting from collisions went down by two from twelve in 2013 to ten in 2015. That’s a 23% decrease in both occurrences, according to Brennan.

In addition, more people are walking or riding bicycles. Comparing census survey data from the periods of 2007-2011 and 2010-2014, the number of Capitol Hill residents driving to work dropped from 31% to 28%. And the Index’s street-level head counts of pedestrian and bicycle traffic during peak rush hours key intersections around Capitol Hill in 2015 support this. At six intersections—Denny and Melrose, Broadway and John, 15th and John, 12th and Madison, 12th and Jefferson, and Pike and Melrose—biking was up by 36% and walking by 18% last year from the same head counts conducted in 2013. Both year’s street headcounts were conducted in late September and early October, on consistent, “not amazing,” days weather-wise with one day dedicated to each target intersection.

Brennan sees connections between the decrease in traffic collision related fatalities and injuries and the increase in pedestrian and bicycle traffic. “It would make sense to see those numbers correlating together,” said Brennan. “The one thing we do know statistically is that when more people are walking and biking, collision rates go down. drivers are more aware, they’re looking out for people, and they drive slower.” Brennan added that population growth in the neighborhood could also be contributing to the increases.

But on waste diversion to recycling and composting, the neighborhood is backsliding. The data is pretty limited (the EcoDistrict judges diversion based on the size of a property’s garbage dumpster size), but in 2014, 44% of waste in the EcoDistrict was successfully diverted out of garbage dumpsters—and ultimately landfills—which fell by 3 points to 41% in 2015. Brennan says with honesty that “we don’t really know what’s happening [with that].”

One theory is that with increased development of multi-family buildings in Capitol Hill, less people are taking the time to sort their waste due the increased hassles of waste disposal in apartment complexes (like lugging multiple bags of separated wastes down flights of stairs or limited dumpster capacity). “Generally, different building types have different types of waste conversion. People in single family homes are generally really good at recycling,” said Brennan, noting that single family home residents have less distance to travel to take out the trash and access to personal waste bins on the curb. “Multi family has much lower [diversion rates]. Most of the Hill is multi-family, so that low 40 percent range is where we’re at.”

Another discouraging—but utterly unsurprising—finding was increased neighborhood rents, dragging the EcoDistrict away from its goal of having average Capitol Hill households only spending 30% of their income on rent. That’s why the EcoDistrict, in addition to working to create “a tenant-focused recycling program” at a set of Capitol Hill buildings, is also planning “a September renter summit focused on solving Capitol Hill housing affordability and livability challenges,” and will form a Land Use and Review Committee to work “with developers to incorporate EcoDistrict priorities into new sites and buildings.”

You can learn more about the EcoDistrict Index at capitolhillecodistrict.org/metrics/