Tuesday afternoon, the Seattle City Council’s transportation committee will discuss and possibly vote on the two pilot transit projects to be run by the non-profit Capitol Hill Housing and funded by the city of Seattle and King County. The projects — collectively dubbed the CHH Transportation Demand Management Pilot Project — consist of a discounted ORCA pass pilot program for low-income residents of three CHH housing projects and funding to develop a prototype sensor to gather data on parking garage usage in apartment buildings.

“Giving people more access to transit is a goal that we have and the city has, especially for low income people,” said Alex Brennan of CHH in reference to the transit pass aspect of the project. “A potentially new way to connect people with that access [to transit is to go through housing].”

The proposed CHH transit pass is almost identical to King County Metro’s existing ORCA Multifamily Passport program, which allows property owners and managers to purchase pre-loaded, monthly ORCA card transit passes to the residents of their buildings with the intention of encouraging transit and all the accompanying benefits of decreased single occupancy vehicle usage like reduced congestion, pollution, and the personal financial cost of car ownership. The key difference is that while the Multifamily Passport program forces property owners and managers to cover the cost by either splitting it with tenants or just adding it into monthly rents, the city plans to subsidize CHH to cover the costs of providing ORCA cards.

“We heard about it [the ORCA Multifamily Passport program] and we were interested. But unlike a market-rate property manager, we can’t raise your rent to pay for a pass,” said Brennan. “We started having conversations with Metro and SDOT on ways to make it more affordable and ways to raise money.”

The pilot would allocate ORCA cards to every apartment in three separate CHH buildings — the Villa Apartments on Pike and Boren, the Boylston Howell, and the Pantages apartments on Denny and Harvard — at the cost of around $15 dollars per month, while CHH would also pay $15 with money from the city. The total number of apartments that could be participating is 122. Every apartment will have the opportunity to participate in the program, though if some decline, tenants who have opted in will be able to acquire additional cards for other resident family members.

The Council’s pilot legislation would permit the Seattle Department of Transportation to reimburse CHH with $38,000 from permit fees that car-share companies like Lyft and Uber already pay to the city, fees which are already required to be used to alleviate congestion and on-street parking occupancy in residential parking zones. 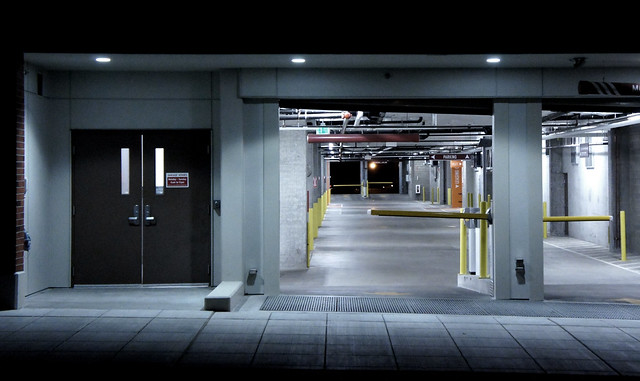 Shared parking
The other part of the project that is going to be discussed in City Council chambers has to do with shared parking. It’s an area of interest for Capitol Hill Housing, who has been renting out unused parking spaces in their buildings to drivers who live in other buildings and also attempting to gauge parking usage with data. But Brennan says CHH can’t implement time-of-day-parking — which would allow drivers to use vacant parking spaces in garages during commute and business hours — without sufficient data on apartment building parking garage usage and the technology to gather it.

Brennan says they currently attempt to gather data by going into small garages at different times of day on different days of the week to eyeball vacant parking spaces. “It’s something, but it’s not the best data.”

That’s why in addition to the transit pass, the pilot project will formalize a partnership between CHH and the University of Washington Electrical Engineering Department to develop a cost-effective and replicable prototype data gathering system for estimating parking usage in small scale parking garages in Capitol Hill apartment buildings with a $20,000 allocation from SDOT. This will also come from the car-share company permit fees.

“We’re currently in our own buildings renting out unused stalls to folks who don’t live in our buildings. We’re getting much better at that kind of sharing, but we haven’t been doing the other kind of sharing. But there’s a lot of concerns about doing that before we have better data,” said Brennan.

Longterm plan
Brennan said that SDOT, Metro, and CHH have committed in their discussions to exploring ways to make the ORCA program viable for the long term. It is, after all, a pilot, and the $38,000 is only a one-time, one-year allocation (the program is slated to run from June of this year to same time next). Both SDOT and Metro will be evaluating the pilot after its one year run, including looking at possible future funding sources. CHH, for its part, will be looking at how much revenue it could generate from fundraising to keep the program going.

“SDOT is saying let’s fund the pilot, see how much participation we get, and have a better sense of how difficult it is to get the word out to people, any other unforeseen things that we’re not aware of,” said Brennan.

Brennan noted that the $38,000 figure was decided using a low tenant participation rate, meaning that, during implementation, more tenants than originally expected may opt in to the program and contribute their monthly $15 dollars, which would  require less outside matching financing in the future to ensure ORCA card distribution to all residents of participating CHH buildings.

The pilot could also be a blueprint for implementing similar transit-access programs in other low-income housing projects in Seattle, like Seattle Housing Authority properties.

“This may be the first steps to make this possible for many low income residents throughout the city,” said Brennan.

Brennan said that he expects the package to get voted out of committee Tuesday afternoon. Tune in at 2:00 PM to watch the discussion. UPDATE 3:15 PM: As expected, the committee approved the legislation Tuesday afternoon and it will now go to the full council for a final vote.

Check out what NY based smart city development firm P3 Global Management are doing regarding shared economy parking in the city of Pasadena, CA http://bit.ly/P2Pparking