Work crews were at Capitol Hill’s Cal Anderson Park Tuesday afternoon to solve a problem. It turns out the water in the park’s reflection pool — or duck pool, as we called it — was’t red. But the algae sitting on the bottom of the pool is.

Or was. Seattle Parks tells us the crew at the pool Tuesday was working to drain the pool with a special pump rented just for the job. The spokesperson said the department hopes to have the reflection pool drained, cleaned, and refilled by the end of the week.

Meanwhile, the water mountain fountain that has been dry over the past weeks should be spouting again by Memorial Day. 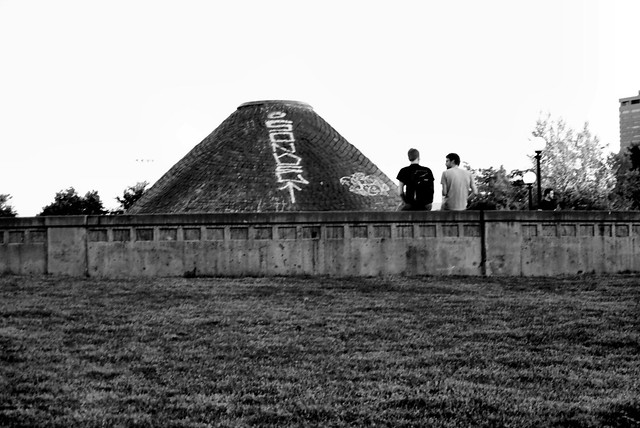 It’s the start of a busy period of maintenance and upgrades for Cal Anderson. The park’s Bobby Morris Playfield will soon close for a six to seven-week period for the installation of a new turf surface and a new cork-based alternative to the crumb rubber fill currently used on fields across Seattle.

Elsewhere at area parks, we found a crew sandblasting the new 12th Ave Square Park — apparently, the artist who designed the space was unhappy with the “aesthetic” of the pavement — and, well, here’s what happened in Volunteer Park today: