Seven months into Seattle’s declared state of emergency on homelessness, advocates, public officials, and people living on the streets focused Wednesday on the major hurdles that continue to face the city and highlighted some of the more promising solutions. 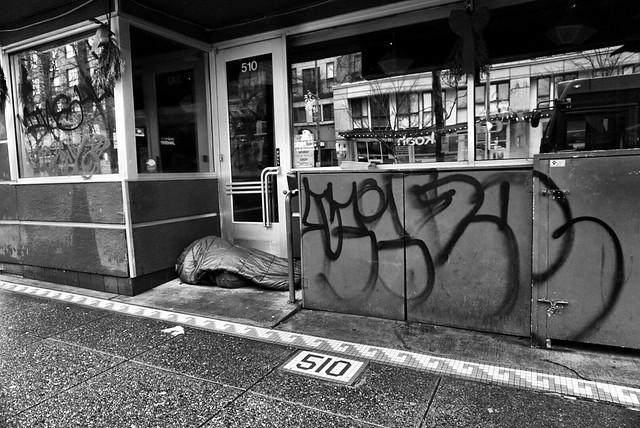 To alleviate the cycles of crisis that frequently trap people on the street, experts often tout the importance of housing first policies. Mayor Ed Murray said a project now getting underway on First Hill would do just that. On Wednesday, Murray celebrated the groundbreaking of Plymouth Housing Group’s 7th and Cherry building.

“Time and again, when we are able to get people into permanent supportive housing like this, it is the most effective way to help them overcome the underlying causes of homelessness,” Murray said. 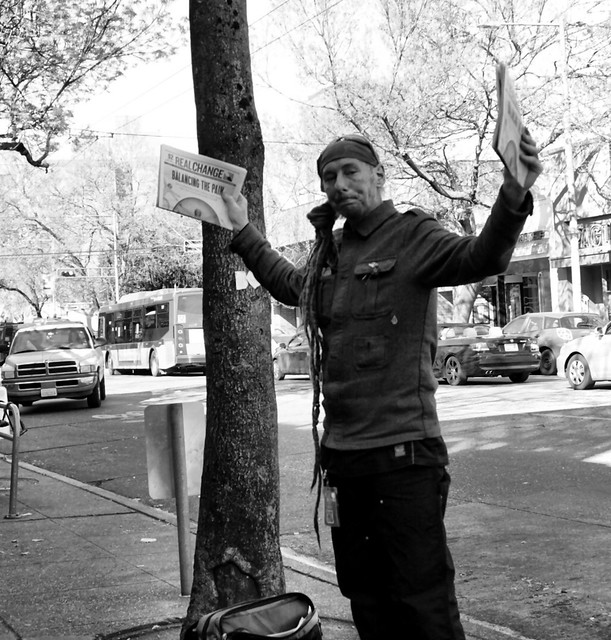 As chairs of their respective committees covering homelessness, the two council members recently returned from a trip to San Francisco to get an up close look at one program that will soon be replicated in Seattle. It is called the Navigation Center, meant to be a one-stop-shop for homeless housing and services.

During Wednesday’s meeting, Bagshaw said she was impressed with how the San Francisco center managed to maintain low barriers of entry that keep many people out of Seattle’s current shelters. Those include allowing couples and small groups to stay together, admitting well-behaved pets, and dropping sobriety requirements.

“It’s a matter of creating and sustaining community,” Bagshaw said.

While Seattle will have to make do without the $3 million anonymous donation San Francisco got to jumpstart its center, Seattle and King County have pitched in $1.2 million to get it started. Seattle’s center is planned to be “dormitory style,” with showers, bathrooms, laundry, dining, and storage facilities. Case management, mental health services, and behavioral management services will be available at all hours, and the center will be able to hold 75 people at one time.

“Folks have got to have a place to stay, they need services and a shower to make themselves feel human again,” Bagshaw said.

Bagshaw is hoping Seattle will be able to open its center by the end of the year. In an encouraging sign for Seattle, San Francisco opened its second Navigation Center on Tuesday.

Bagshaw praised San Francisco’s “pit stop” program, where the city’s public works department maintains a series of stations near encampments and shelters that include toilets, sinks, and needle disposal bins. While in San Francisco the council members also toured a center where heroin users can easily access buprenorphine, a medication that can help treat opioid addiction.

City and county officials working on homelessness briefed the special joint committee on where the region currently stands on providing services. It is not an easy story to tell given complex funding sources and overlapping programs between housing and homelessness services. Through a dizzying barrage of slides and statistics officials painted a picture of a region that is doing a lot of good work but still struggling to stay afloat amid an onslaught of need.

Here are some of the numbers and and insights shared at the joint session:

Meanwhile, a homeless outreach program that came to Capitol Hill in February continues its efforts to meet the immediate needs of people living outside in the neighborhood. Outreach workers from the Downtown Seattle Association team up with Seattle Police officers to go on daily directed patrols of Cal Anderson Park and Pike/Pine streets to offer everything from dry socks to temporary shelter.

26+ Seattle media outlets did their part Wednesday by participating in a day of focused coverage of the city’s homeless crisis. Large and small local news outlets (including CHS) highlighted past reporting and rolled out new stories under #SeaHomeless. The hashtag flooded Seattle social media channels Wednesday, including a Reddit AMA with a homeless man living in Seattle. The day also included a rally and processional around downtown to amplify the voices of homeless people in the search for solutions that work for them. You can read CHS’s coverage of homelessness on Capitol Hill here.

25 thoughts on “#SeaHomeless: seven months after Seattle declared a homeless state of emergency”