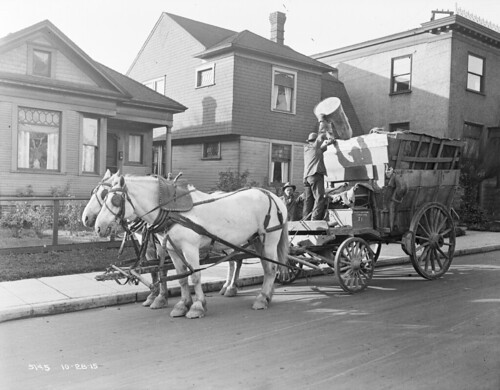 SPU’s multi-family table erroneously shows single family totals — we’re asking for an update from SPU. Multi-family solid waste has typically been around 70 tons per year in past reports

Seattle Public Utilities is preparing a rate hike for the around 1 million tons of garbage, compost, and recycling the city’s citizens and businesses create ever year. But the bigger deal might be that even in green Seattle, we are falling behind recycling goals.

In 2015, the city recycled 58% of its MSW — municipal solid waste — that’s two percentage points short of goals set in 2013, according to a recent presentation to the Seattle City Council.

Tuesday, a council committee will discuss SPU’s proposed rate hikes of 7.2% in 2017, 1.9% in 2018, and 4% in 2019. The city says the monthly solid waste bill for a typical residential customer is currently around $44.85. SPU says the increases are necessary to help offset the costs of its Utility Discount Program for low income residents and to upgrade the recycling center at its South Transfer Station and complete the new North Transfer Station, set to be open by the end of 2017.

A bright spot in the garbage heap for the city has been its plastic bag ban. Compliance checks at 25 businesses in the Seattle found that large stores almost all fully comply with the ban, but smaller, independent stores struggle to follow the rules. While not all the businesses are following the ban that was implemented in 2011 and some plastic bags including those for produce, newspaper distribution, dry cleaners and restaurant take-out are not banned, Seattle has experienced a healthy reduction in plastic bags in recent years.

“We have seen a dramatic decline in the number of bags being landfilled,” said SPU’s Sego Jackson at a recent City Council committee meeting.

While the decrease in plastic bags making it to the landfill has been significant in the past few years, the city didn’t reach its goal of recycling 60% of its overall waste for 2015, missing the mark by two percentage points. “Recycling in the single family sector increased by 3.% to 74.3%, due primarily to 2015 prohibition on disposing food waste and compostable paper,” the report notes. SPU also reported a percentage gain for multi-family properties. Commercial waste was a letdown, though. The problem? The sector continues to produce more and more trash. “Total commercial generation increased for the third year in a row, up 837 tons in 2015.” 62.3% of that was recycled, according to the report.

Recycling in Seattle has increased nearly 20 percentage points since 2003, and the rate has been consistently improving. The percentage rate is the amount of waste diverted from the landfill by reusing, recycling and composting.

The bag ban’s significance in relation to all of Seattle’s garbage is probably smaller than the attention it received. The 159 tons of total plastic bag waste represents less than 0.33% of all the un-recycled, not-composted, waste in the city. But the bags are a particularly wasteful component of the garbage spectrum and they pose a hazard to wildlife when not properly disposed of. Even then, plastic bags are a drag, clogging processing machines. One issue noted by SPU are those tinted green bags available in the organic grocery produce section that aren’t — yet? — banned. Consumer tend to believe they are compostable because of the green hue. SPU reports they clog the sorting machines and that the green hue is nothing but marketing. Those bags are compostable, at all.

The bag ban compliance inspection discovered grocery stores were the least compliant retailer with about 50% of inspected stores not compliant. About 45% of convenience stores were also not compliant, according to a July city memo. Businesses with compliance issues first receive a warning and then are issued a $250 fine for a second violation. Jackson said he is unaware of any fines having been issued.

Since the ban began, 12 other jurisdictions in Washington state have banned plastic bags, and many are modeled after Seattle’s ban.

The 5 cent fee for paper bags is scheduled to sunset at the end of this year; however, in talking with businesses, the utilities department learned the fee helps to offset the cost of paper bags for retailers. Removal of the sunset date from the ordinance will likely be considered by officials.