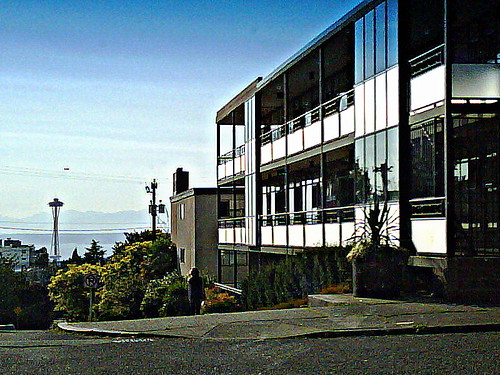 When it comes to what CHS readers thought were the most important Capitol Hill stories of 2016, Capitol Hill Station was an easy runaway winner. But it could be argued that a split vote over Housing Affordability and Livability Agenda and the Capitol Hill Renters Initiative should qualify for a close second. 2017 will bring a new opportunity for Capitol Hill renters to keep pushing Seattle forward on a path to creating a more affordable city.

“Number one is to know and assert their rights,” organizer Devin Silvernail tells CHS about priorities for Seattle tenants in the new year and upcoming “bootcamps” to help educate renters on Capitol Hill and across the city. “I’d say a close second is advocating for things that can help them and their neighbors.”

Be:Seattle Organizing is launching a series of tenant rights and education workshops in Seattle known as Tenant Rights Bootcamps. They will be run in partnership with the Legal Action Center with an initial phase of 6 Bootcamps lasting from January 11th to March 22nd. Taking place in cafes, restaurants, and other community spaces across the city, this series provides an accessible way for renters to learn from people who know landlord/tenant law, civic engagement, and community organizing. Tenants will walk away from Bootcamps with a better understanding of their rights, new/changing Seattle landlord-tenant laws, and resources to help in trying times. They will have the opportunity to feel more educated and empowered. They’ll also learn how to get engaged around issues that affect them as renters.

Silvernail said part of the goal of the bootcamps is to bring the session on rights and advocacy to the neighborhoods in venues where people are comfortable hanging out.

“With this sort of collaboration, renters don’t need to leave their neighborhood, they can learn something new in a familiar place, and are building ties with neighbors,” Silvernail said of Be:Seattle’s latest initiative. “I’m not sure if we’re filling a void but more like approaching tenant education/organizing in a different way that can complement the systems that we have in place.”

Silvernail said a big thing that will set the bootcamps apart is that tenants can ask questions and have an opportunity to get information face to face.

The bootcamps join an environment for renters in Seattle where affordability continues to be a distant goal but there is growing energy and resources to address the challenges.

Just as 2016 came to a close some analysts said there were finally signs Seattle rents may have reached a “turning point” after years of mostly unabated increase. In 2017, things might start to get better, as they say.

The Housing Affordability and Livability Agenda has produced proposals for upzoning areas across Seattle and Capitol Hill changes that would allow taller buildings in the neighborhoods around Capitol Hill Station and concentrate seven-story office towers just off Broadway. HALA changes in the Central District were set up to be even meatier with a one story increase in allowable building height along with new “mandatory housing affordability” requirements and upzones that will put more midrise-style construction in neighborhoods previously restricted to single family-style homes.  A new $29 million affordable housing bond is also in place to join Seattle’s affordable housing war chest built when Seattle voters easily approved a new $290 million housing levy in August. Smaller victories should also help like the new cap on move-in fees in Seattle.

If energy and advocacy have anything to do with it, 2017 could finally be the year Capitol Hill’s rent increases slow down, or, gasp, reverse course.

Silvernail and Be:Seattle seem to have a nose for sorting out community solutions for elements of the city’s biggest challenges. CHS previously reported on nonprofit Be:Seattle’s The Pledge initiative which is providing window stickers to help area stores, restaurants, and cafes tell homeless people how the businesses can help with things like free water, food, or restrooms.

Silvernail tells CHS the goal for Be:Seattle is to take on important social initiatives that can harness community support and donations. Bootcamps and Be: Seattle are 100% volunteer run and all materials are 100% paid for by donors, Silvernail said. “That’s something that makes me happy too. People care enough about this stuff to support it in any way that they can. As long as we continue to do good work, I don’t see this changing.”

If you can help or want to attend a bootcamp, you can learn more at seattletenantbootcamps.org.