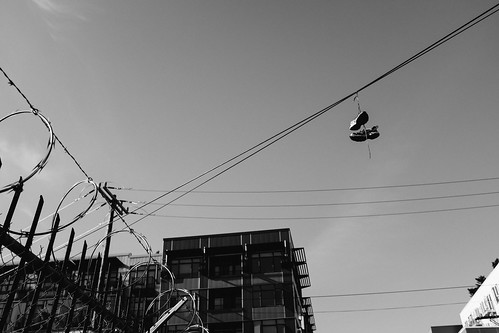 A five-month project to install underground electrical vaults and equipment will begin later this month along E Union on the backside of Pike/Pine, the city announced this week.

Starting the week of January 9th, crews will begin the first phase of the project closing lanes to traffic and closing off some parking. Work will alternate across each side of the street to try to keep traffic moving in the area. The first phase will focus on E Union between 10th and 11th with other segments in the area to follow.

Details on the project and updates on the phases will be posted here.

Expect work crews active from 7:30 AM to 4:30 PM, Monday through Friday during the five-month effort.

While City Light says businesses in the area will be able to remain open, “maintenance outages” will be required. “Customers will be notified in advance of any outage,” the City Light update states.

The work is part of a multi-year effort to improve the grid around Capitol Hill under a City of Seattle ordinance. In 2009, CHS reported on a $2 million project planned to move more of the Hill’s wiring underground, make the system better able to deliver service even when there are incidents when wiring is damaged and electricity needs to be re-routed, and make other improvements to strengthen reliability. One of the most significant components of the upgrade was replacements of pockets of old wiring that were still serving Capitol Hill customers. The standard for electrical wire is 26,000 volt capacity. In 2009, parts of the Hill were still served by 4,000 volt wiring. We’d bet there are still a few strands of the old stuff out there in service. City Light also installed areas of bigger poles and thicker lines to meet the electricity requirements for Capitol Hill Station. And in 2013, City Light finished replacing an overhead mainline near Capitol Hill in order to serve the hospitals and Seattle University.

Despite Capitol Hill’s development boom, City Light officials told CHS in 2014 the biggest challenge isn’t in meeting the demand for power but instead the complicated scheduling and manpower required to move electrical poles and lines to make way for new construction and provide hook-ups when construction crews need it. The boom has helped speed up the process of moving more lines underground as crews can take advantage of disconnecting components during new construction.

Thanks for the coverage. In addition to the service and safety benefits described above, the aesthetic improvements to the Hill are tremendous. Few (relatively) small improvements have such a positive impact as does removing creosote impregnated power lines and their tangled service lines from our streets.

But it does raise the very serious question: where will the orphaned running shoes go? Any ideas, Fleet Feet Sports?