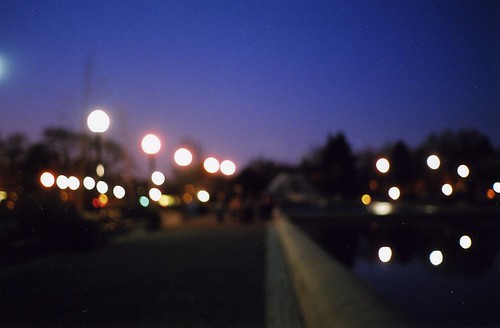 Ideas from the 2015 lighting study

By Tim Kukes for CHS

Capitol Hill’s central park, Cal Anderson already has another busy summer of upgrades ahead in 2017. A $50,000 study included in this year’s city budget will also help set the stage for the next big upgrade for the 14-year-old park — new, more efficient, and safer lighting.

“One of the key things for Capitol Hill where you have 80% of the population as renters living in apartments – they don’t have backyards necessarily to enjoy,” Joe Sisolak, sustainability and planning director for Capitol Hill Housing, tells CHS.  “Cal Anderson Park is the backyard for Capitol Hill. It is a critical space that a lot of people share.”

The Capitol Hill Chamber of Commerce and the Cal Anderson Park Alliance have been advocating for that backyard to be a safer place at night. Part of that means improved lighting.

In 2015, two studies were conducted to assess safety issues within Cal Anderson Park. One study prepared by the Seattle Neighborhood Group assessed park safety according to Crime Prevention Through Environmental Design (CPTED) criteria and the other study, prepared by Dark-Light Design, specifically looked at technical lighting elements of the park. Both studies noted that the park had some serious issues in regards to safety and lighting.

“I walked through the park at night this summer, there are people hanging out or walking their dogs, and I can’t actually tell what they have in their hands,” Tari Nelson-Zagar, program manager for the Seattle Neighborhood Group and author of the CPTED report, said.  “Should I be worried?  If I have a cell phone in my hand and someone grabs it can I describe them later?  Those kinds of details are lost in that kind of lit environment.”

Sisolak said the neighborhood’s advocacy helped Seattle Parks and Recreation get a $50,000 budget line item to fund a study for a schematic lighting plan that will build on the 2015 study.

Among the recommendations is an idea to mount LED lights on the park’s gatehouse to “softly illuminate the architecture of the gatehouse without creating an overwhelming visual element.” The study noted that the high contrast light around the shelter house plaza should be reduced by fully illuminating the plaza’s columns. The study also warned against over-lighting, especially with omnidirectional globes that shield views of the night sky.

The Seattle Parks study funding comes through a program that provides monies for preliminary engineering studies and was approved in the 2017-2022 Capital Improvement Program. The study will commence as soon as a consultant is hired and is planned to take approximately 6 months.

“This project we want to provide lighting for safety while maintaining the historic character of the park,” Karen O’Connor, a spokesperson for parks said.

The 2015 study concluded that needed improvements would cost between $780,000 and $960,000 to implement. Once the new study is complete and a new cost estimate is in, the next effort for neighborhood advocates will be about figuring out how to pay for the needed improvements.

“This is part of much bigger effort to make Capitol Hill, particularly the dense parts of it, safe and accessible for everyone,” Sisolak said.

Sure, sidle on up to the trough again.

It’s not an unreasonable cost for a proposal that probably took a few months to complete, unless you think people who do that kind of work shouldn’t be paid. Or maybe you’re like our dear leader in Washington, who thinks government plans can be drawn up on a single sheet of paper after doing a couple of Google searches.

Privilege, i”m sorry you don’t seem to get it. Instead of looking at my comment at its surface, try and give it some deeper reflection. CivilityRequired understands, maybe you will too.

Sorry, which parts of your post required deep reflection? There was no discussion about addressing root causes, just bitching about levies. Which, by the way, will also be required to address all of these root causes, even if it’s through increased policing or whatever Trumpian approach is preferred.

Further criminalizing poverty and mental illness, or maybe kicking them all in the nuts a few more times while they’re down, isn’t actually a great plan. There’s a wealth of data out there of the effectiveness of austerity measures on government as a way to address social issues, and… well, they’re pretty bad. But I’m sure your plan will work much better!

Your response is typical “let’s continue to apply million dollar bandaids to a problem and hope it goes away”.

Instead of shining lights on those who are in need hoping that those who are suffering scurry into shadows elsewhere does nothing to help them. I’d rather see my money to into solving root cause and giving people a hand up, not blasting them with light in hopes they run away.

Shameful that people like “Privilege” think ignoring those who suffer is acceptable.

“I can’t handle the bright lights in the Park! It’s ruining the value of my town home on 11th ave E.” Oh wait that was the complaint the last time they brightened the lights at Cal Anderson park!

or the park could be made safer by, you know, enforcing the law…

Agreed. If anyone can get the city attorney to actually enforce the laws already on the books it would make headline news in this city. But likely the city will spend 1m on new lighting, hoping that does something, and then scratch their heads when it doesn’t and hire yet another expensive consultant.

Agree with one of the comments above in sentiment. What if rather than spend a million on lighting, we dealt with root causes of our criminal and homeless situation in Seattle.

What if we took the millions in downstream spending on areas like prosecution and jail, indigent health spending, ambulance runs, social service, clean-up, and the like – and instead passed laws prohibiting panhandling and enforcing with more cops empowered to immediately roust any street or park camping, any panhandling, sleeping in doorsteps and more. Make Seattle incredibly unwelcome for homeless migrants to the area, and others who may have other options, and concurrently offer spartan shelter and treatment options that are sober and law-abiding (to assuage those who say we can’t abandon the needy).

Other cities make it tough to be homeless and are not accepting and warm like Seattle. The unsocialized criminals who are causing risk and expense for the majority go where they are welcome and our city has sure extended a welcome. Ask Mike O’Brien and others on the council and the homeless establishment. People have and are coming here in droves, notwithstanding the so called studies that fail to ask the right questions.

Or perhaps a little love for the schools. Take a drive down to Washington middle school and I think you can see that $1m might make for a better environment for a lot more kids…

Indeed. I joined some other volunteers and painted the bathrooms there a couple of summers ago. Seeing the school as a community member was an eye opening experience on where city and state gov isn’t spending money.

Haven’t we seen this movie before? Just a couple of years ago? Weren’t lights installed and soon thereafter turned off? Why are we repeating a mistake?

Ah, you are right Bob. Thank you for the reminder. If it doesn’t work keep trying it, that is City Hall’s motto. Even the fancy consultant on homeless policy recently said Seattle does not appear to want to change its tactics. When do we upgrade from amateur leadership?