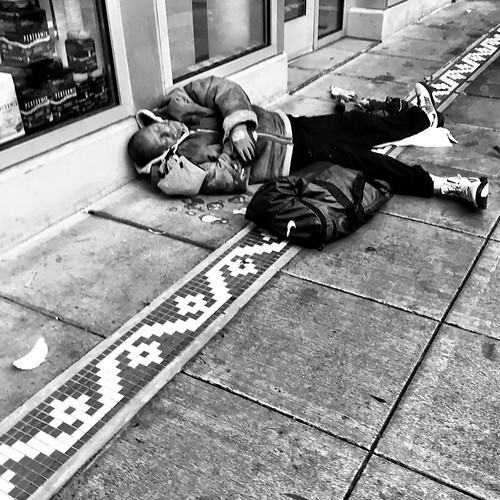 “They are expected to raise about $25 million a year for this proposal and put it towards homeless programs that only take us backwards,” the announcement from the Capitol Hill pro-business nonprofit reads.

CALL FOR ACTION: Urge Council to focus on a comprehensive solution to homelessness in lieu of proposed "job tax": https://t.co/DymMSTrjkO

“The solutions from the City Council this year just entrench the folks that are living outside in tents and RVs and there has been no hardcore action about creating housing itself,” Sierra Hansen tells CHS about the group’s move against the tax proposal. Hansen, who has headed the group since 2015 and is now transitioned to lead the chamber-related Broadway Business Improvement Area as it pushes toward a Hill-wide expansion.

CHS reported on the proposed tax from Mike O’Brien and Kirsten Harris-Talley earlier this month. Under the proposal, businesses that gross in excess of $5 million a year would pay the tax. The council members calculated each business would pay approximately $100 per full time employee a year. “We have very limited tools for raising revenue in this city,” Harris-Talley said when the proposal was announced. “There’s no reason they shouldn’t have an opportunity to give back to the folks who are impacted by them being here.”

Though there haven’t been any proposals to lower the revenue cap, the Capitol Hill chamber group warns that reinstating a head tax on big businesses might be just the beginning.

“We recognize that there may not be many neighborhood business that fall with in this $5 million a year gross receipts however there is concern that once council passes this new tax, they will have the rights to lower the threshold and more businesses will be included,” the CHCC’s announcement reads.

Hansen said the Capitol Hill Chamber of Commerce would like to see increased investment in programs like the Law Enforcement Assisted Diversion program and the Multi-Disciplinary Team to provide service outreach along with law enforcement in the Seattle core.

Public comment for the Wednesday, October 25th session of the city council’s budget committee is slated for 2 PM. You can find contact information for city council members at seattle.gov/council/.

When I was on the Capitol Hill Chamber board, we turned down an offer to engage in a reciprocal membership arrangement with Seattle Metropolitan Chamber of Commerce for fear of even the appearance of association of with the downtown chamber. How times have changed.

“No longer not your daddy’s chamber.”

When did you stop being on the board for CHCC? Your LinkedIn profile states “Capitol Hill Chamber of Commerce, Board of Directors, 2006- present.”

When did you resign and why? Be specific. How have times changed?

About half of the Broadway Vitality Action Agenda Team became the founding board of the Capitol Hill Chamber of Commerce in 2006. I, then chair of the Capitol Hill Urban Village Neighborhood Plan Stewardship Council, was among them. Several re-elections later, I reached (and surpassed, actually–oops) my term limit and moved on. This was early-to-mid 2015. We didn’t keep the website perfectly up-to-date, but you can see a fairly accurate version of the board membership on the Wayback Machine’s archive.

As I assume is the case with many people, I have seldom revisited Linkedin since finding satisfying employment years ago. It seems likely that if Linkedin cared about this, they would publish a “last updated” or similar date. But they don’t, so you’re looking at outdated information, presented as if it is frozen in time, with no indication that it is as stale as Linkedin.

How have times changed? Well, for a few things: The chamber is now shilling for big businesses (rallying for opposition to a tax on companies that bring in way more money than most if not all independent businesses on the hill do), offering reciprocal membership with the downtown chamber (and for all I know, with the horrible U.S. Chamber of Commerce–if I remember correctly, we went so far as to issue a press release specifically separating ourselves from them circa 2011), and no longer advocating, but actively opposing, an extension of the streetcar to Aloha, even though Sound Transit axed both the north Capitol Hill and First Hill subway stations, resulting a variety of organizations (Community Council, Stewardship Council, Chamber, GSBA, more) coming uncharacteristically-together for the Complete Streetcar Plan. And also dodging questions—repeatedly–about potential hiring of gun-crazy private security companies to patrol the streets.

Great answer. My experience (since 1998 on the Hill) is that people and groups opposed to something are great at criticism but do not provide suggestions for solutions. “Everything is terrible, can’t you see?” is the motto.

How are you providing leadership? What should we do?

“How are you providing leadership?” Oh, I’m not. I’m no leader. Best I can do is provide some historical information and maybe point out some problems here or there so that people can see that something is wrong. You can’t fix it until you know it’s broken.

“What should we do?” I don’t know. Move to West Seattle and spend your days shilling for giant downtown corporations from somewhere on the hill? Disappear to Olympia or DC for a while and claw your way up the ladder long enough to come back and rely on your connections to install you into your deserved place of local influence despite your absenteeism and/or closet-full of skeletons? Buy a house a quarter-mile and an hour’s train ride from your place of employment and put your activist energy into the efforts of someone more effective than you at bringing about long-term change? Gripe on CHS about the new legends of Cap Hill? Beats me.

I think the Chamber is right to oppose this proposed tax. It is yet another example of our increasingly leftist City Council trying to “tax the rich.” Simply raising new money for the homeless issue has not worked in the past. We need to spend what we have (which is alot!) more wisely, with much more of an emphasis on rapidly getting homeless people into mental health and addiction treatment, and in insisting that they cooperate with offers to provide shelter and transitional housing.

Accountability, is what Seattle elected officials are lacking. The guy is correct, we have ponied up a lot of new tax revenue. The results have been poor. But, you know snark like “tax the poor!, Bootstraps! “, Is a deflection to legitimate concerns

Accountability, not adequate funding, is what elected representatives need! We keep giving, yet people still live in tents! Cut the under-performing fat! No homeless left behind!

Member when the US had a strong economy, a solid middle class and the top tax bracket rate was 80%+? Pepperidge Farm members.

50 years of gullible voters believing that slashing taxes on the rich is in the best interest of our country took care of that.

I question the slippery slope argument: if big business (gross in excess of $5 million) is taxed now, smaller will be taxed later. I’d also like more details on the programs that would “take us backwards”. Which programs? What are these backwards actions they are taking?

I agree, do no homeless behind, offer the folks in tents and RV’s options if they say no, we offer defined choices, after that we choose what is in their best interest. Or, they are free to move to another city. I

Tax the businesses that are in the bracket in which Amazon, Google, Facebook exist. If they’re the ones that allegedly are driving the pricing people out of their homes, then they should share in the responsibility.