While the Seattle City Council dramatically voted down a proposed tax on big businesses to fund homelessness services (otherwise known as the employee head tax) during last month’s contentious city budget negotiations, they also passed a resolution establishing a task force to study the same tax they had just voted down as well as other potential ways to pay for homelessness services. 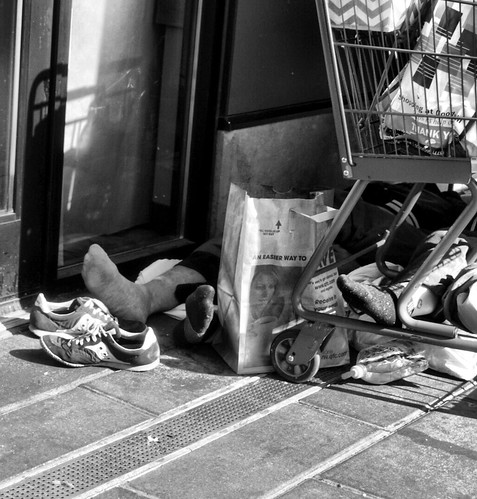 Per the resolution, the task force—which the resolution states will be composed of business owners, labor representatives, homelessness service providers, civic leaders, and experts of subjects such as healthcare, housing, and homelessness—will be selected by the council by December 11th and chaired by two council members and two community members.

After Monday afternoon when the task force is set to be finalized, the group will have until February to deliver recommendations to the council that identify progressive revenue sources as well as specific investments for said revenue that help address Seattle’s homelessness crisis.

UPDATE 12/19/2017: It took a little longer for the task force roster to be announced but the names are out:

In an ultimatum, the resolution states that, if the task force doesn’t deliver recommendations by the imposed deadline, that the council will begin considering imposing an employee head tax by March, 2018.

The deadline to apply for the task force was one week ago and a total of forty individuals applied. The background of applicants range from business owners to healthcare professionals and magazine columnists.

The higher profile names jump off the list include Alison Eisinger, Executive Director of the Seattle/King County Coalition on Homelessness, former interim city council member Kirsten Harris-Talley (Harris-Talley was one of the original proponents of the employee head tax on the council), Downtown Emergency Services Center Director Daniel Malone, and John Burbank, Executive Director of the Economic Opportunity Institute—a local progressive think tank which has spearheaded efforts to establish a city income tax.

Happy December, readers…
Thanks for being a part of CHS. Please consider becoming a subscriber at $1/$5/$10 a month to help CHS continue to provide community news. Help push us over the 800 mark in December and help us stay NO MORE POP-UPS for the month!

Already a subscriber? Please TELL A FRIEND to help us reach our goal. Learn more

While individuals from the business sector make up a minority of the applicants, there are a few notable names: Ian Eisenberg, owner of Uncle Ike’s Pot Shop, Ryan Glant, President of Pacific Iron and Metal, Pacific Fabrics, and Seattle’s Doorhouse, and Daryl Campbell, President and CEO of Seattle Goodwill Industries, all applied.

While the city council largely agreed with the concept of a employee head tax in principal during last month’s budget negotiations—the main qualms from the council members that voted it down last month was that the process was rushed and stakeholder input hadn’t been considered—newly sworn-in Mayor Jenny Durkan has been more skeptical of the proposal. During the campaign season, Durkan said that she was concerned that the tax would affect small businesses. (It should be noted that the original employee head tax rolled out by council members Harris-Talley and Mike O’Brien would have only taxed companies earning more than five million annually in gross revenues.)

Back in November when CHS asked then Mayor-Elect Durkan for a statement on the employee head tax getting debated at city hall, her spokesperson said Durkan opposed the proposal as written: “Throughout the campaign, Mayor-elect Durkan expressed concerns about the revenue sources in the current proposal and its impact on small businesses. Once she takes office, the Mayor-elect is committed to working closely with the City Council to provide immediate and long-term solutions for people experiencing homelessness and those endangered of becoming homeless. In addition to the budget that is passed by the City Council, she’s already in contact with local, state, and federal officials to secure potential additional means and to address, as a regional issue, the affordability crisis.”

Mayor Durkan’s office did not respond to more recent requests for comment on the employee head tax. In November as she announced the formation of a new Seattle Small Business Advisory Council, Durkan said she remained troubled by parts of the original proposal and that, “as configured,” the plan for the tax is a bad idea. Any head tax would need to help “make sure we don’t harm small businesses,” Durkan said.

Below is the full list of applicants obtained through a CHS public records request: