From Sound Transit’s “Background Information for Section 4.10, Geology and Soils” appendix before First Hill Station was cut from U-Link planning

The First Hill Improvement Association remains determined to get a light rail station built in the heart of its neighborhood — though Sound Transit cancelled a site there in 2005 citing geological instability.

West Seattle and Ballard rail alignments are scheduled to open by 2035 as part of Sound Transit 3, including a Midtown station in the shadow of the public library on 5th Ave. The planned stops for the West Seattle Alignment would be two blocks west, running parallel from the western border of First Hill but distance is less a concern than the slope of the hill itself. While the FHIA “doesn’t have a preferred location in mind,” according to Hudson, “there’s significant grade between 5th and the top of First Hill,” she said.

The neighborhood group is gathering signatures for a letter addressed to King County Council chair Joe McDermott and Seattle City Council transportation chair Mike O’Brien, requesting a comprehensive and good faith study of “Pill Hill” and, ultimately, a station east of I-5.

“They may be wanting a geological study — I see that as a big ask,” said McDermott, Sound Transit board and Elected Officials Advisory group member. It would be Sound Transit who conducts the feasibility study, but McDermott isn’t taking the conversation off the table yet. “We would have to find out how expensive it would be and what the ridership would look like,” he said.

The third wave of light rail will span a total of 11.8 miles, adding 10 new and four expanded stations. West Seattle Alaska-Junction and Ballard routes will converge downtown by 2035.

The neighborhood group is hoping to qualify the region for a station up the hill from 5th and Madison. First Hill is home to Town Hall, the Frye Museum, St. James Cathedral, Seattle University, and Hotel Sorrento. “We are a major employment center with three hospitals,” said Hudson. 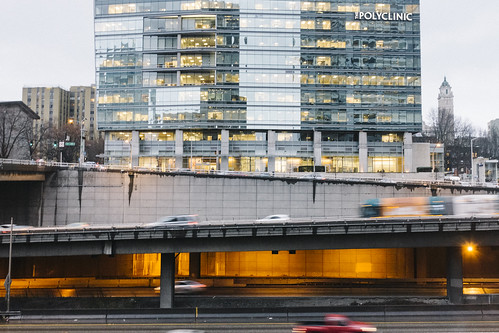 Sound Transit Central Corridor spokesperson Kimberly Reason says, though she is “aware the FHIA has a point of view,” in order for the alignment to run from downtown up to First Hill and back down toward the International District, construction would have to go through the I-5 underground thick retaining wall twice, which presents a stability concern for the infrastructure and budget.

“Construction cost is a key element as well as drilling feasibility,” said McDermott.

“There is obviously a First Hill Streetcar we nearly paid for all of as an investment Sound Transit has made, that does serve the hospitals,” said Reason of the 2.5-mile, ten station route which cost approximately $134 million.

The Sound Transit board of directors will cast the deciding vote for which new light rail routes will move on to the Environmental Impact Study phase in 2019, once the public, elected officials and neighborhood stakeholders weigh in on the current voter-approved representative map.

The plan for a First Hill station was introduced in 1996 with the first installment of rails, “Sound Move.” According to the Seattle Times in 2005, Sound Transit staff told the board that a deep-underground First Hill Station posed potentially expensive construction and schedule risks and would hurt the light-rail line’s prospects for badly needed federal grants.

“The First Hill Streetcar was supposed to be in lieu of the light rail station but currently faces efficiency challenges,” said Hudson.

A survey of ridership and construction costs is a lesser ask according to McDermott. “I’m happy to look at what the impact of the Midtown station would be,” he says of moving it to First Hill. While McDermott says “It is not too late,” and he sees First Hill as a “dense and vibrant neighborhood,” there is a lot at stake for ST3 which follows the first two rail projects that ran over schedule and over budget in the millions.

According to McDermott, between now and next spring, stations could move a few blocks in any direction but he is mindful that the designs that are built must ultimately resemble the budget that was put on the ballot. In reflection of his experience, McDermott is hoping to choose the winning line the first time. “It is our strong desire that the alignment that we direct for our EIS study is the alignment we build,” he said.

After the initial plan for a station in the center of First Hill became untenable, Sound Transit transferred the $8.64 million would-be station property at 1400 Madison to Bellwether and Plymouth Housing at no cost to build affordable apartments for the neighborhood, a move Hudson says “was not a gift.”

McDermott says while there will be a Midtown station, it has nothing to do with the previous light rail station near First Hill and whichever direction it goes. “It would not be an infill station for the First Hill one.”

The 2015 Alternatives Report supported the earlier conclusion: “in baseline projections of street cars in First Hill, conditions were assumed to be No-Build conditions, with no changes in the corridors under study from 2005 existing conditions.”

Sound Transit 3’s alignments are part of an undertaking that is planned to culminate in a 116-mile regional system by 2041.This 25-year program will expand the mass transit network to connect 16 cities with light rail, 30 cities with Bus Rapid Transit and ST Express bus service and 12 cities with commuter rail, according to Sound Transit.

There are also lines coming sooner. Work is underway on the new Judkins Park Station. The Central District station, tucked into I-90 between Rainier Ave and 23rd Ave, will be the first stop on the 10-stop East Link light rail line that will connect Bellevue, Redmond, and Seattle across the I-90 bridge in 2023.

The current ST3 planning map, meanwhile, positions First Hill between, the Ballard, West Seattle and current alignments with two transfer hubs and seven stops. Hudson and the FHIA are concerned for the slope in the center of First Hill to the light rail and back for “the neighborhood’s elderly and poor people that don’t have cars,” said Hudson.

“Our biggest worry is that once again a First Hill will be promised an investment and then it won’t come to fruition,” Hudson said. “We are hoping to not have our hearts broken again.”

Thank you for your advocacy Alex!

The streetcar and bus “rapid” transit along Madison are poor substitutes for a light rail station. And sure, it would probably be more expensive and tricky to cross I-5 again, but if the station were near 8th and Madison, the grade change would be far less than at Boren. Anyway, the added cost could well be justified by increased coverage area and ridership…they should at least do a proper cost-benefit analysis instead of just saying “no, it seems too hard.”

Will any part of the system ever pay for itself ? The real hardship is for the homeowners of Seattle who have 20% increases in property tax to pay for all of this.

Let’s eliminate I-5 from I-90 to 520. Sell the land off to developers, reconnect the street grid, and take the proceeds to pay for a 1st Hill LR station.

When the City Council finally killed the Seattle Monorail project in 2005 (after voters elected it four times), how do you think citizens would have responded to, “Oh, give us 30 years; we’ll have something better”?

One bogus argument against monorail technology included, being elevated, “it creates shadows”. The recent building of towers has eliminated that argument. Why the citizenry, living in one of the most beautiful settings on this continent, would want to wait another 20 years for underground transit is difficult to see.