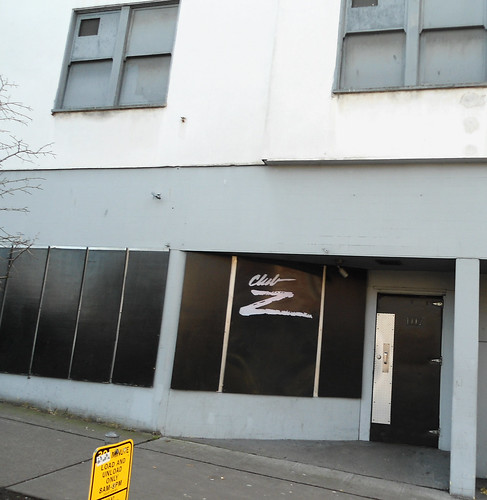 The timer is counting down at Club Z but nobody knows yet what happens when the buzzer goes off. The 112-year-old building the “private bathhouse for men” has called home for decades has been sold to a real estate investor with local ties.

The Daily Journal of Commerce reports a sale price of $2.9 million for the 1906-built hotel building that went on the market earlier this year. The sale price represents a 35% premium above the initial listing for the property

Club Z employees reached Tuesday said they could not speak about the situation and referred us to a representative who is currently on vacation.

According to King County Records, the new owner of the building is a corporation registered to Capitol Hill resident and real estate investor Patrick Berkley. Berkley has not yet returned our message and a person familiar with the deal said it was too early to say more about what is next for the property.

No permits have been filed for the address.

The three-story, 1906-built hotel building has been home to a bathhouse for decades. Today known as Club Z, the sex club is one of the few left in the city and one of only two left on Capitol Hill. Steamworks continues to operate nearby on Summit Ave.

The property was being planned for demolition and development in the early 2000s when a project to create a multi-story condominium development began the permitting process but never made it past planning phases. The property was held by the same real estate investor who purchased it in the 1970s. The $2.9 million deed was notarized by a notary public at the U.S. consulate in Puerto Vallarta — felicitaciones to the sellers on their vacation or the new life south of the border.

The 1117 Pike building neighbors the Wintonia but, no, it is not holding the old masonry building up. Toward downtown, the Club Z building also neighbors the Salvation Army property and its surface parking lot — another Pike/Pine property reportedly a prime target for redevelopment.

7 thoughts on “Club Z building sells for $2.9M but no word, yet, on what comes next”