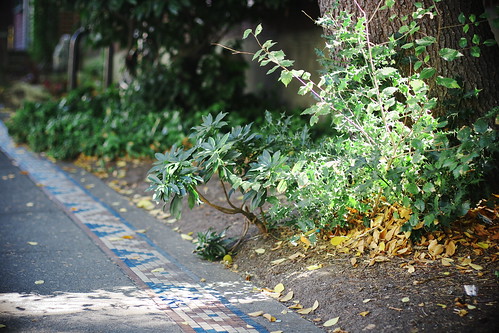 When we live in human altered spaces and inhabit a cultural space dominated by binaries, it’s incredibly easy to create a false dichotomy about the natural world. This stems from a troubling belief that if we are in place like the Hill, are not a part of nature. And, if we travel out to say, an alpine meadow in the Cascades, we’re in nature. We think of unkempt greenspaces on the edges of our urban landscape as awful, non-native, invaded landscapes, and idealize the seemingly natural, wild, or “untrammeled” spaces beyond our fold.

As a biologist and environmental educator, I try to look a little deeper at these things. I was recently walking around the Seattle neighborhood where my parents live and noticed how entirely altered the landscape was. A desert of Scotch broom in the dry sunny lot by I-5. Ivy trailing up the trunks of struggling bigleaf maples. Where we let things go, it was a strange, novel chaos of plants humans have introduced.

Yet, there was beauty too. Hundreds of nearly ripe Himalayan blackberries gleaned from their armored vines. A butterfly bush with a couple swallowtail butterflies tilting about its blooms. I brushed a tall foxglove and showered hundreds of seeds about a weedy, forgotten wayside. I thought to myself: “these three species are not the worst, and certainly have their charms.”

Before digging too deep, I want to say that I am not a botanist, nor a noxious weed controller, nor do I worry too much about what all the nuances of those positions. I do care about so-called natural landscapes and appreciate spaces that are mostly, or at least visibly free of the touch of the post-modern world. My most sincere wish is to see Washington in pre-Columbian times. 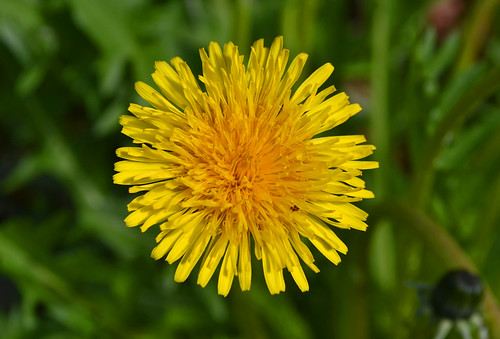 However, I want us to appreciate non-native, and even, species considered noxious weeds by the State and the County. For this, I’ll surely get a flurry of comments about how awful these plants are. I frankly don’t care. While I don’t want to see them in those alpine meadows, or far up our watersheds, I also don’t think they’re worth trying to erase from the landscape.

They’re here. Calling them invasive is a cop-out anyway. It vilifies species that are here because of us. I’ve pulled my share of English ivy, but I don’t think it’s an awful plant. What’s awful is that this landscape was colonized. Plants are just being plants. Now we have to live with it.

So let’s appreciate the butterfly bush, Budleia davidii, which is native to Asia and is considered an unregulated Class B noxious weed. This means that no one is required to remove it, but it’s suggested. There’s a reason they’re all over the place, and it’s not just their ability to spread rapidly by seed. We’ve planted them in our gardens, all over Western Washington, for years. They’re hard to remove because they sprout back when cut to their roots and their seeds are viable for years after being released. Yet, I find them pretty shrubs with their long cones of purplish flowers that butterfly species love. At least they don’t produce a toxic oil, or have awful spines all over them.

However, despite providing nectar for butterflies, the Budleia doesn’t do a whole lot else. Most butterflies need host plants for their young to grow on and it isn’t one and generally shades out species that might be. Nectar is great for adults trying to reproduce, but it’s not useful for caterpillars. These grubs end up being vital food for other species, like chickadees for instance. This is the real issue of the invasive creature, the disruption of the landscapes they represent, not merely their existence. They had their place, in a different landscape, we just transposed them elsewhere and figure it would be just fine.

I have mixed feelings about these plants of course. I purposefully brought them up in a manner that may have incited rage in your native-plant bible thumping soul. The real point is that many of us have choices we can make on how we interact with our landscape. We can continue to rip at it, or we can relax a little bit. Focus on the things you can actually change, like a yard you have, and plant natives there. Species that can thrive in our varied climate and don’t need excessive watering. Species that the butterflies will lay their eggs on. Species that a chickadee will later visit when finding food for its young. We shouldn’t necessarily give up on removing noxious weed species, but maybe let them be in the forgotten slopes that surround our homes. When we live in a place dominated by cement, they’re still home for plenty of other organisms (native or not), they’re still green, and even sometimes they offer us a late summer treat of sun-ripened blackberries. Could be worse.

JOIN THE MOVEMENT -- SUBSCRIBE TO CHS: Support local journalism dedicated to your neighborhood. SUBSCRIBE HERE TODAY. Join to become a subscriber at $1/$5/$10 a month to help CHS provide community news with NO PAYWALL. You can also sign up for a one-time annual payment. Why support CHS? More here.