One of the things that signal summer to me are dragonflies. One day I look up and suddenly they’re there: jeweled, colorful insects, jetting through the air and changing direction on a dime to scoop up unsuspecting prey. Maybe this isn’t your idea of summer but I think dragonflies are worth your attention this season.

I’ve been feeling a little blue about the state of insects lately (to put it lightly). I am convinced that I belong to a generation with a shifting baseline, unknowingly living through a major decline in insects because I grew up without massive amounts of insects around (see the link above for why this matters). But despite this feeling of dread, I have to remind myself that while some humans have seriously destructive and potentially irreversible tendencies, many insects have been around a long, long time too.

Odonates, the order of insects that includes dragonflies and damselflies, are very old. They are thought to be one of the first groups of flying insects to evolve. There are fossils of them from 300 million years ago, which are not only impressively ancient, but enormous. I’m guessing most of us would be creeped out by insects with two foot wingspans. (Also, for reference of what 300 million years ago really means, check out this handy timeline.) Today there are around 6,000 extant Odonates, approximately 460 in the United States, and about 117 in the Pacific Northwest.

Dragonflies are captivating for many reasons but their colorations and easily observed life histories make them a favorite. Most species are relatively large and are very active in on warm days and in open spaces we also enjoy, especially near water. Dragonflies are not only large, but have intense blue, green, red, and yellow bodies, and sometimes striking wing patterns. Plus, I think dragonflies and damselflies have wonderful names. There are darners, sanddragons, meadowhawks, emeralds, bluets, and even saddlebags in the Pacific Northwest.

Odonates are masters of both water and air. A dragonfly or damselfly (to help tell them apart: damselflies fold their wings and being small don’t fly as high or far) begins life in the water. Hatching from eggs laid by their mother inside or adjacent to aquatic vegetation, nymphs otherwise known as naiads, are underwater predators. Gobbling up mosquito larvae, tadpoles, and even small fish depending on their size, they are sit and wait predators that grab their prey with striking intensely, using an extendable jaw that is something that seems to have inspired the Alien franchise. 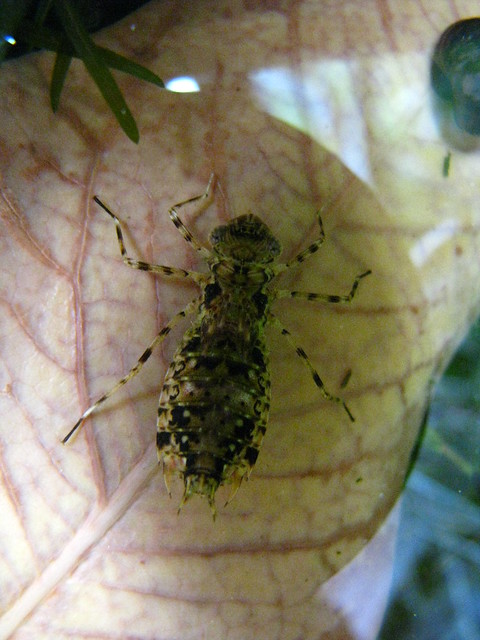 Depending on the species, naiads remain as such for a few months or up to five years. When the time is right, they crawl into the air to metamorphosize into their adult form, leaving behind thin husks of their former selves. Life as a winged adult depends on the species and can last a few weeks to around a year. As arial predators, dragonflies are immensely good at what they do with impressive rates of successfully caught prey (in some studies up to 95%). This is thanks to fast, strong flight, and excellent, nearly panoramic vision from huge compound eyes. Adults spend their time catching prey with their barbed legs, patrolling territories, fighting off rivals in impressive dogfights, and of course procreating. Mating odonates are particularly visible because they can fly and go about business when in this reproductive embrace.

As Seattleites, we are lucky to have one of the world’s leading experts on Odonates within our midst. Dennis Paulson is not only an ornithologist, but an author of several books on dragonflies and damselflies. I checked in with him to get some advice on common species and where to look for them on the Hill. Keeping in mind that still water is important to their reproduction, he suggested that parks with ponds are a good option (the Arboretum came to his mind but his favorite place to watch dragonflies in the city is Magnuson Park). He also suggested a few species to look for, such as: Thule Bluets (Enallagma carunculatum), Eight-spotted Skimmers (Libellula forensis), and Cardinal Meadowhawks (Sympetrum illotum). All will catch your eye. Dragonflies are not the most difficult insects to identify, but they take some significant practice and a camera can be a useful tool in your process should you choose to endeavor so (also, it’s extremely valid to say who cares and just enjoy them). 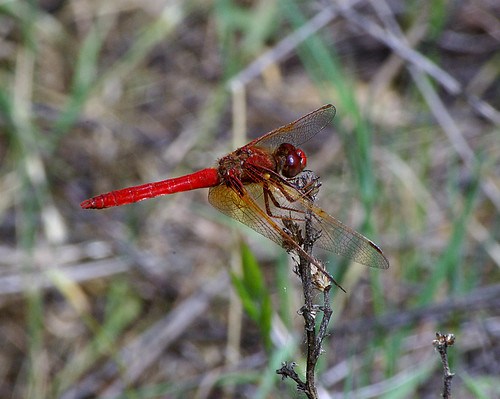 It should go without saying that I cannot cover even the basics in this short article. Before now, I failed to mention that the longest insect migration is undergone by the Wandering Glider (Pantala flavescens), in multigenerational feats of upwards of 11,000 miles a year from India to East Africa (and that they are also found in our region)! My goal here was to say “Hey, those flying pretty kill insects are really cool and you might try paying attention to them in this place we live” As with many things, the moment you start paying attention and sparing some focus from the device you are undoubtedly reading this on, you start to see more and ask questions (here are some good resources for said Odonate questions). And if you’re like me, curiosity fuels my existence and propels me forward as a better human.