For the first time in six years, 314 Broadway E has plans to host a Halloween costume contest. The Broadway Grill will remain only a ghost but a new project from a Broadway restaurant owner teaming up in a partnership with his longtime chef will put the venue back into motion this fall.

Witness owner Gregg Holcomb and the southern-influenced restaurant and bar’s chef Jesse Elliott are teaming up on the as of yet unnamed project set to take over the long-empty Broadway Grill with a new restaurant hoped to evoke much of the spirit of the long gone old joint.

“We will bring back some of the old Grill feel, working on an homage to the old menu and some throwbacks,” Holcomb said;

The plan for the project — tentatively titled Olmstead to evoke Capitol Hill’s shadowy bootlegger history — is a cleaning-up of seven years of disuse and an overhaul of the old, huge restaurant. Holcomb said the old Grill’s sections — the open front, the atrium, and the warrened-awar back room will be utilized to give the new project separate components including a back “Sportsball Room” planned as a space for people to gather to watch games and special events together.

It will not be a total gutting of the past. “The space has a tremendous layout as it is,” Holcomb said.

The announcement caps a season of new hope for the long-empty space after prolific Capitol Hill real estate investor Ron Amundson purchased the property from its longtime family owners earlier this year with plans for finding a new restaurant to move into the space. Holcomb said he had looked at the space during its empty period “but it didn’t seem to have right vibe” under the previous owners. “I saw it changed hands and met with Ron, and finally signed the lease,” Holcomb said.

According to King County records, Amundson purchased the property home to the 1936-built restaurant building for $3.2 million in February. It has sat empty and untouched since the last incarnation of the Grill shuttered in April 2013, ending a 22-year run on Broadway. A decrepit infrastructure and ungodly $15,000/month price tag kept it empty though a few projects gave the space a thought along the way before moving on. 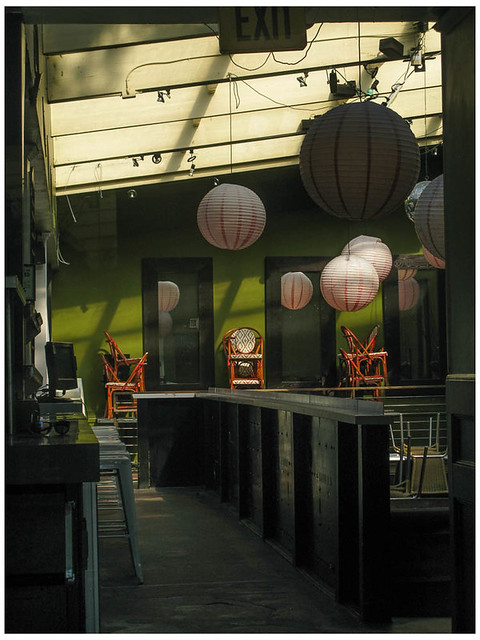 For Holcomb, the new project will add another Broadway investment after he brought Witness and its chicken and waffles and mint juleps to Broadway in the summer of 2013. Currently the chair of the Broadway Business Improvement Area, Holcomb said he is also happy to see the major hole in the street’s retail and business mix finally about to be patched.

Holcomb said the project also gives him the opportunity to help Elliott take the next step in the business after six years working together at Witness. Witness will also benefit from the new project as the shift will open up new opportunities in the kitchen there and the Broadway Grill’s relatively massive infrastructure — Holcomb said it is rich in freezer space alone — will help support both venues and finally allow things like ice cream on the Witness menu.

For chef Elliott, meanwhile, taking over the Broadway Grill space marks his first foray into ownership — wife Lisa Tomlinson of Luc will also be on board — as he sets about recreating a few Grill classics for the menu. 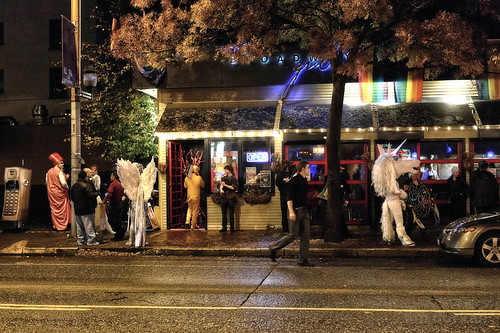 It won’t all be nostalgia, however. Holcomb said they looked at the possibility of trying to get the Broadway Grill name but decided to move on because of cost and, well, baggage. “There’s a lot of association with that,” Holcomb said.

In the end, the hope is for a new restaurant that carries forward the old Grill’s best elements. “These are the places you sat out to see everybody,” Holcomb said. “And you were seen, too.”

The new restaurant project from Holcomb and Elliott is lined up for an October opening — just in time to revive the tradition of the Broadway Grill’s Halloween party.

DID YOU FIND THIS ARTICLE USEFUL?
Give CHS a buck and support local journalism dedicated to your neighborhood. SUBSCRIBE HERE. Become a subscriber at $1/$5/$10 a month to help CHS provide community news with NO PAYWALL. You can also sign up for a one-time annual payment.

Amazing that prime real estate could sit empty for seven years. Glad to see it coming back to life!

I hope they keep the salt shakers that have been sitting on the tables for the last six years. They’re Capitol Hill vintage at this point!

You first, I’ll watch from a distance.

I have some of the glass bodies artwork hanging up in my place if they are interested in bringing back some original Broadway Grill feel! Feel free to reach out to me!

They have a terrible landlord, but good luck to them.

I rented an apartment from that guy for a couple years (or rather, he received my rent check and never showed his face or made improvements on the dump of a building while a drunk guy who had no electricity in his unit “managed” the property). I hope the way he treats his commercial properties is vastly different.

This is great news! Good Luck to Greg and his team!

Say what? Is this a different Olmstead than the NYC people who designed the parks?

I don’t know who this bootlegger Olmstead is, but the NYC people who designed parks were Olmsted (no “a”).

Olmstead was an Seattle cop who didn’t make enough money legally, so turned to bootlegging. He is famous because of a Supreme Court decision that allowed a wiretap on his home without a warrant. It was early in phone history, so the Court “protected places, not people.” This stood for almost 40 years, but was overturned, as phones became more ubiquitous, and now they “protect people, not places.”

drink up
Reply to  jeff

There is a pretty good exhibit that focuses on Olmstead and his boot legging at the Smith Tower. When you pay to go up to the renovated Observatory (the former Chinese Room), you get to go through a small but interesting museum about the prohibition past of that building and Seattle. Just FYI :)

Olmstead that designed parks in NYC had a landscape architecture firm that designed major parks all over the US. His sons and their firm designed most of the parks in Seattle, including volunteer park.

Ghosts of Olmsted
Reply to  Maria

You’ve gotta give kudos to someone who is bringing this space back to life and ending the 5 year eyesore it has been. Best of luck!

Why not name it: The Grill on Broadway?