The City Council on Wednesday debated a budget proposal that would lead to making poverty, mental illness, and addiction possible defenses for people accused of misdemeanor crimes in Seattle.

The proposal from West Seattle representative Lisa Herbold would lead to the creation of new defenses allowed under the city’s code for misdemeanor crimes in an effort to keep more people out of incarceration to reduce the city’s costs utilizing the King County Jail and reduce so-called “poverty crime” in the city.

Herbold said Wednesday that the effort would give Seattle courts the authority to hear a defense with transparency about the conditions that led the defendants to the alleged crimes and would help reduce city jailing costs. END_OF_DOCUMENT_TOKEN_TO_BE_REPLACED

She was kind, and funny, and an artist.

Lisa Vach died in Cal Anderson Park a week ago tonight, murdered by a man her life had become intertwined with. She was 38.

“She was extremely charming. One of those people who made you feel very at home as soon as you met her,” Ross tells CHS.

She and Vach met working together for Pioneer Square tourist institution Bill Speidel’s Underground Tour. There, Vach ran the gift shop. Ross said Vach put her creativity and energy into overhauling the shop. That kind of energy to create also showed in another job Vach held down doing housekeeping for the bed and breakfast above the Merchant Cafe where she went beyond cleaning the rooms and took on redecorating the place.

Vach was also a fighter with a strong sense of justice who once confronted another employee over his abuse of a homeless woman, Ross said.

It is difficult to connect that life to the one that ended last Wednesday in Cal Anderson. CHS reported here on the domestic violence murder-suicide in which Vach was found assaulted. choked, and dying in the park and the police standoff with suspect Travis Berge ended with him dead inside the park’s reservoir pumphouse. END_OF_DOCUMENT_TOKEN_TO_BE_REPLACED

Training officers to end mental health crisis situations without force or arrest has been a major focus of reform at the Seattle Police Department in recent years. Those trainings now appear to be paying off in a big way. According to a report released by the department this week, officers rarely use force when responding to calls involving people in some form of mental health crisis.

SPD credited its increased training and data collection for the encouraging trend — reforms that were part of the department’s response to a 2011 federal consent decree over excessive use of force by officers. END_OF_DOCUMENT_TOKEN_TO_BE_REPLACED 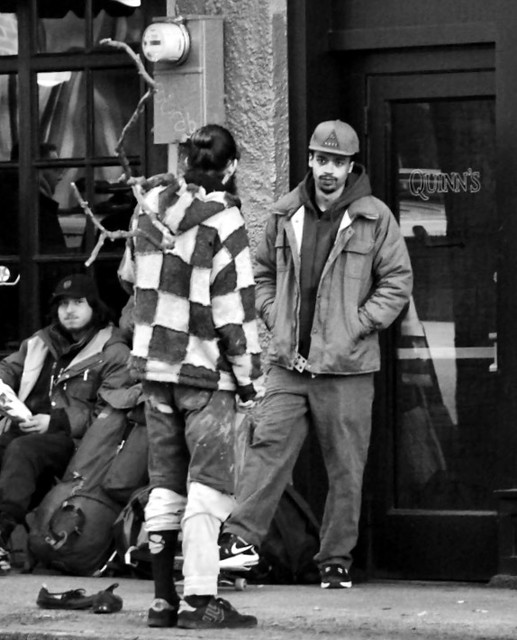 The 28-year-old who caught widespread attention as Seattle’s #manintree has been charged with third degree assault and a count of malicious mischief for damaging the 80-foot-tall sequoia during his 24-hour escapade.

The full complaint from county prosecutors is below.

Cody Miller remains held in King County Jail on $50,000 bail. Though prosecutors acknowledge Miller’s criminal history is “limited,” they contend he is a risk to safety because “he spent more than 25 hours suspended more than 90 feet in the air throwing pine cones and a metal support at pedestrians, law enforcement officers, and firefighters, striking three officers.” Miller provided a Roseburg, Oregon residential address to police.

CHS reported on his Capitol Hill connections as a recent introduction to the neighborhood’s homeless and street community known for his colorful jacket and for a dramatic brush with the law or two. Last Wednesday as Miller returned to solid ground, police said they had concern for Miller’s physical and mental health as he was sent to Harborview for evaluation. By that afternoon, he was booked into jail.

According to police, Miller injured pedestrians and officers by throwing pine cones and fruit and also threatened others with metal bracing used to hold Christmas lights in the tree rises above 4th Ave downtown. The court document includes a calculation on the $7,800 damage Miller is reported to have done to the tree by breaking off branches and scrambling up and down the large tree:

“This caused an incalculable waste of time and services and arguably the efficacy of local law-enforcement’s reaction time to other serious calls for service around the city,” prosectors write.

The full document from the King County Prosecuting Attorney is below. END_OF_DOCUMENT_TOKEN_TO_BE_REPLACED