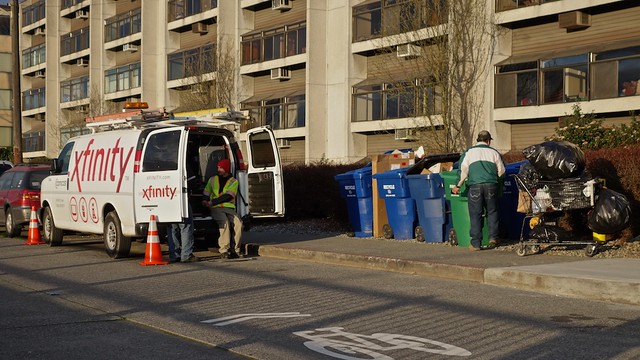 It appears Comcast has averted a brief setback in its efforts to secure a 10-year renewal agreement to provide cable television service in Seattle. City Council technology committee chair Bruce Harrell said he was prepared to yank the proposed agreement currently under consideration after reports of other cities were getting far more robust digital equity commitments from the cable service provider.

But Harrell was back before City Council Monday to announce Comcast had agreed to bolster Internet and television access in the city.

“At the end of the day, this is an unprecedented community benefits package for Seattle,” said Harrell. “We fought hard to the very end to increase benefits for our seniors, youth, low-income households, and all of our residents.”

Council members ended up delaying final approval of the franchise agreement for one more week until Comcast submitted its equity commitments in writing.

Here is what Comcast has agreed to:

Here are more of the issues the Seattle City Council is talking about this week. If you see something you like, or something you don’t, you can find contact information for council members at seattle.gov/council.

Brian, is the new franchise agreement posted anywhere? I hope the city hasn’t agreed to the same non-existent penalties for the grid going down.