“I would describe it as managed chaos”

With the Republican and Democratic presidential races in full motion, Washington’s turn in the presidential primary season is bearing down on local party officials who have the responsibility of organizing the good-old-fashioned caucuses that help decide who the state’s voters want as their party’s presidential nominee.

At a meeting this week in a stuffy room at the University Heights Center, James Apa, chairman of the 43rd District Democrats, pleaded for his fellow party members to sign-up to be Precinct Committee Officers or “PCOs,” two-year term, local party volunteers who are are crucial to both running the hectic presidential caucuses and neighborhood-level party organizing during city, county and state elections.

“I need every single one of you to sign up as a PCO. You are the building block, you are the core. There is nothing more fundamental to what we do as a district than being a PCO,” Apa told the small crowd. “This is a 90% Democratic district, and if we’re going to win all the way from the governorship to the presidency, the votes we deliver in this district are huge.”

“There are not many opportunities to cancel out Eastern Washington,” Apa added as final pitch, referencing King County’s large population and resulting counterweight role in statewide elections. That one elicited enthusiastic whoops from the audience.

“How partisan can you be,” one attendee asked as an official laid out the duties of PCOs. “Can you wear Bernie shirts?”

In Washington, like in Iowa, both Democrats and Republicans start the process of selecting delegates to send to their respective national party conventions by organizing precinct level caucuses. Voters from several different precincts are assigned to a caucus at various locations around cities and counties, where voters huddle up by precinct and go through the famed process of speechifying in attempts to sway voters to vote for a given candidate. Afterward, the final tally of votes for the various candidates and the number of caucusing voters in a precinct are entered into a fancy mathematical equation that determines the number of delegates that go to each candidate. It’s these precinct level delegate tallies that ultimately determine which candidate wins the state.

“I would describe it as managed chaos,” said David Kunselnan, a member of the State Democratic Committee and a precinct committee officer in Seattle’s 43rd Legislative District for twenty years. “But it can be a lot of fun. It’s an opportunity for neighbors to talk about things that are important to them and form relationships.”

After the precinct level caucuses, the separate processes for both parties start to diverge. For Democrats, the precinct voters then choose who among them will be serving as delegates to go on to the legislative district caucuses, where delegates will decide who goes on to the congressional district equivalent. The process continues up to the State convention, winnowing down the number of delegates down to amount allocated to Washington State by Democratic National Committee. The delegates who make it through these hoops will eventually go to the national party convention in Philadelphia Pennsylvania, along with a handful of “super-delegates” (these are elected officials or senior party members), in late July. For Republicans, delegates from precincts go to the county caucuses where a smaller number are elected to go to the State convention. King County is an exception, however, where precinct delegates go to King County-specific legislative caucuses to help filter the large number of delegates coming out of the heavily-populated region. 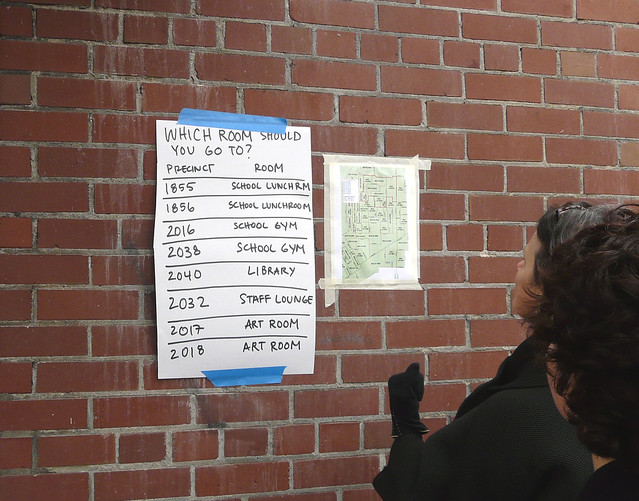 But the biggest difference is each party’s reliance on the statewide primary election that the office of the Secretary of State will hold on May 24th. Democrats don’t factor in the results of the statewide primary vote when hashing out how many delegates presidential candidates get, relying strictly on the raucous caucus method.

Republicans, on the other hand, go through the motions of the caucus process and select delegates who are then held accountable to the results of the statewide primary vote. Democratic delegates are not technically bound to the primary results, or even to the initial votes of voters at the precinct caucuses, though it’s basically unheard of for delegates to switch their candidate affiliation, according to Kunselnan.

“Republicans are bound to the primary,” said Jay Stark, a South Park resident, vice chair of the King County Republicans, longtime local conservative activist and Ron Paul fan. “In order to get delegates, you have to have a minimum of 20% of the statewide vote.”

“The Republicans have in the past, they’ve also relied on a primary to collect their delegates. The biggest difference on the democratic side the caucus system remains the route to determining the number of delegates and selecting national delegates,” said Kunselnan.

As for voter turnout, Seattle Republicans—they exist, believe it or not— are optimistic.

According to Stark, while most of the GOP front runners will likely get some votes from the statewide primary, the local caucuses might get a jolt from fans of non-establishment candidates. “I would say there’s more non-establishment [voters in Seattle],” said Stark.

“In 2012 there was a huge showing for Ron Paul. This year we’ve got Trump and Carson, we’ve got a lot of outside-the-mainstream folks. I think we’re going to have a lot of outsiders showing up to participate.”

Stark added that he and his fellow Republicans are expecting turnout to be similar to 2012—during the failed attempt to oust President Barack Obama— and are banking on numbers of upwards of two to three hundred voters at high-showing precinct caucuses across Seattle and the county. That high 2012 showing and predictions for this Saturday number may be influenced by the low number of precinct caucus locations per district when compared to the number hosted by local Democrats. 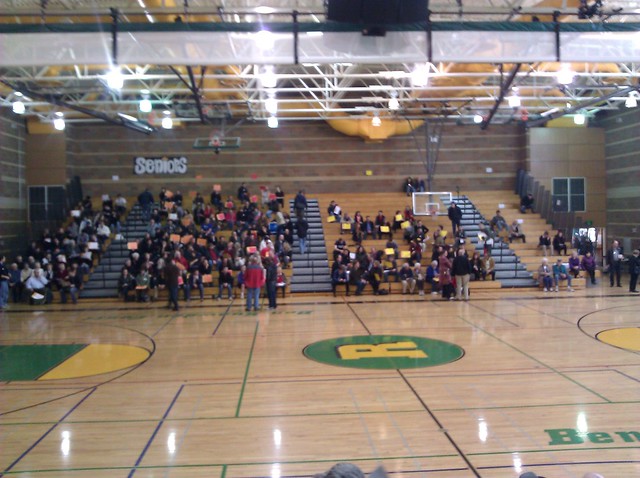 On the Democratic side, in the 43rd, local party representatives aren’t making predictions other than they expect a lower turnout than in 2008—which broke records—despite the fact that Washington is really feeling the Bern, apparently.

Kunselnan said that back in 2008, precincts in the 43rd brought out anywhere from ten to sixty voters, amounting to hundreds at some caucus locations. He dubbed 2008 a “anomaly” for voter turnout and enthusiasm. “It was Obama’s first bid and it was Clinton’s first bid. You had a lot of excitement around who they were as candidates and what they represented as the first african american president and the first female president. And we also had George W. Bush [on his way out]. He brought a lot of motivation for the Democrats to turn out.”

The fact that the caucuses will be held over the course of spring break for local college students (a demographic that skews heavily towards Bernie Sanders) and the same weekend as Easter may take a toll on turnout as well, Kunselnan added.

“Most people believe that the turnout here will not be as big as 2008 but it will still be a contested race,” he said. “There’s a lot of respect for both candidates.”

Locations for precinct-level causes in the 43rd will be held at schools and community gathering spaces around the district, such as West Woodland Elementary in Fremont, Mary Gates Hall at the University of Washington, and Lowell Elementary and the Century Ballroom in Capitol Hill. Local Republicans in the 43rd will meet at the Roosevelt High School gym. Both parties have find-your-precinct-caucus-location search engines online; here and here.

Statewide, the Republican 2016 presidential caucus cycle — starting with the precinct level caucuses — begins at 10:00 AM, February 20th, while the Democratic equivalent starts at the same time on March 26th.

2 thoughts on “How Seattle picks a president”