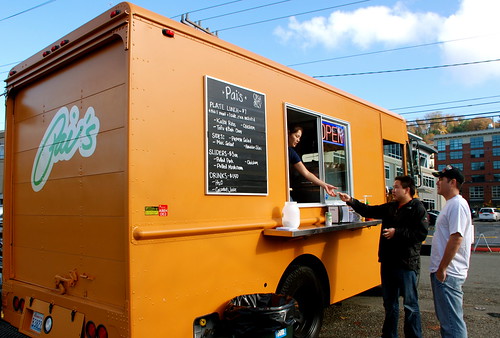 Neighbor Bryan has the scoop on where you should probably take a walk to eat lunch on an abnormally sunny Thursday. Meet Pai’s, the latest Seattle food truck to serve the area. Bryan reports that Pai’s will visit First Hill and be stationed at 9th and Cherry near Harborview on Thursdays starting now. More from Bryan:

I wanted to write in to let you know about Pai’s, a food truck that just opened up here in Seattle (today was actually their first day). Pai’s serves Thai-Hawaiian food in plate lunch style at an affordable price, as described on the website: http://paifoods.com/

For those that haven’t experienced a plate lunch in Hawaii, this means that each plate comes with your choice of meat (or vegetarian substitute), rice, and a side dish (typically a choice of a salad, slaw, or veggies). Everything is cooked as a mixture of Thai and Hawaiian tastes, which makes sense since Pai himself was born in Thailand and raised in Hawaii. He’s been in the food industry since he was a kid, and his mom still runs a food distribution company out of Thailand where Pai gets some of his ingredients. In addition to plate lunches, Pai will be serving other specials, including sliders, wontons, and Hawaiian deserts. Some of Pai’s food offerings can be found here: http://paifoods.com/?page_id=10. If today is any indication, the Kailua Kalbi (pictured), Kalua Pork Slider and Hawaiian Slaw seem to be early winners.

Currently, Pai’s is slated to serve lunch Tuesdays @ Lake Union Dry Dock (1515 Fairview Ave. East) and Thursdays on 9th and Cherry (near Harborview Medical Center). The food truck will be expanding its locations and hours, and Pai’s can be found on Twitter ( http://twitter.com/#!/paifoods) and Facebook ( http://www.facebook.com/pages/Seattle-WA/Pais/12487044753213).

Pai’s isn’t the only island food coming our way. We reported in September that a Hawaiian-themed eatery was slated to take over the former home of Huiyona on 10th Ave E. Still nothing to report on Pau Hana other than its owners applied for some permits for the space. Pai’s, on the other hand, is waiting over on First Hill to serve you. 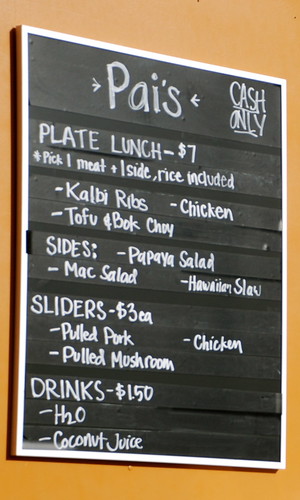 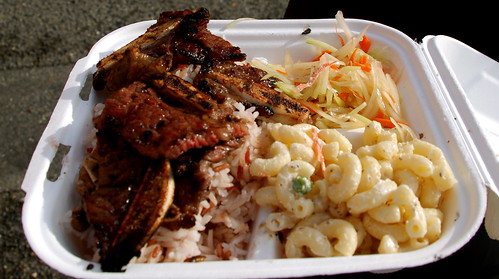 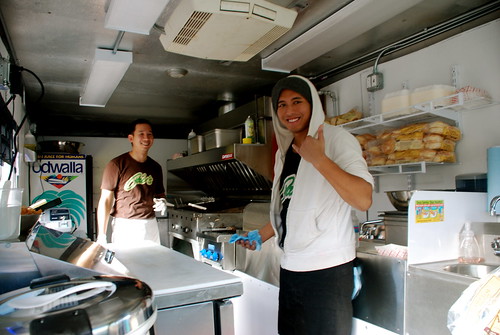 Pai serves up some super-yummy fare. His truck was mobbed today, and no wonder! The sliders are to die for (my favorite is the mushroom slider) and the plate lunch options are delicious.

It was such a nice day, so I decided to walk a few blocks and try this truck out. Good food at a good price. The truck was pretty busy and they ran out of the papaya salad, so I’ll have to wait until next week to give that a shot. I wish ’em well and hope to see them keeping busy throughout the city.