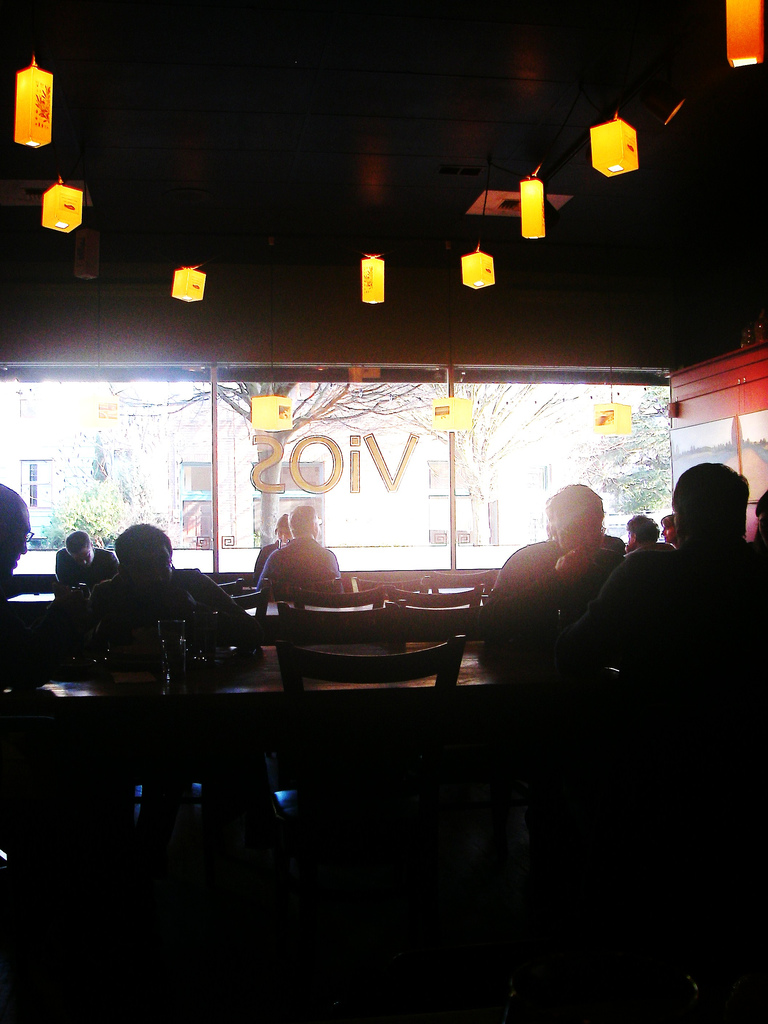 We are all reborn, risen, returned. Vios’ Thomas Soukakos this Easter — the real Greek Easter on April 15th — will celebrate that return by opening a feast he’s been holding annually for friends and family to anybody who wants to join. It’s the start of new things at Vios, the cafe Soukakos opened on 19th Ave E in 2004 after losing his wife and El Greco partner Carol to postpartum depression.

“My past sad experience is so sad. I choose to not really do what I do then,” Soukakos tells CHS. “I am a half-full guy.”

“The pleasure I was getting from these things — this is what I’m looking forward to.”

That pleasure, for a restaurant man, is brunch. For the first time since he put Broadway’s El Greco up for sale, Soukakos is again planning hearty Capitol Hill breakfasts.

“I love brunch and always wanted to do that [again],” Soukakos said. “I’m newly remarried and talked with everybody and it was a unanimous kind of decision.”

The new Vios brunch menu will debut April 21st on 19th Ave E and the cafe will now be open Sundays. Soukakos said the El Greco dishes from the past will remain the past. He’s been in the breakfast business already at the second Vios location in Ravenna but said he’s excited about the “more involved” menu at the Capitol Hill restaurant.

But, first, there is a resurrection to worry about. Greek Orthodox Easter on April 15th will bring a special celebration to Vios honed by Soukakos over years of hosting friends and family on 19th Ave E for private Easter parties. 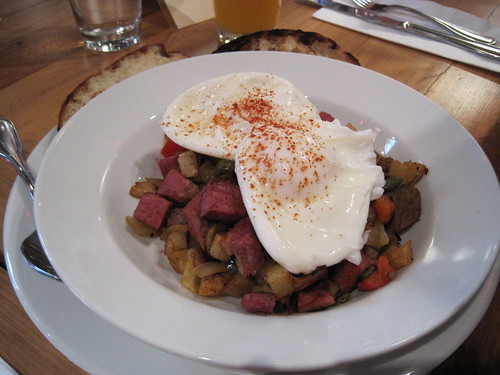 “Easter is the biggest holiday in Greece,” he said. “I have celebrated it this way all my life.”  Soukakos says he’ll be happy to have his staff to help this time around. “It’s a lot of fun. As we did it last few years it was a bit overwhelming. I was actually doing it on my own.”

He’s also looking forward to eating some meat. “I’m observing lent,” Soukakos said, “so I’m going vegan and no drinking for weeks now. In the old days, people even were excluding olive oil. So the food aspect of the celebration is pretty huge.”

Greek Easter at Vios
The nine-course Easter lunch will include many Greek Easter traditions including a whole spit roasted lamb and mayiritsa, a traditional soup eaten at midnight on Easter morning after attending church. The nine-course Easter menu is $35 per person, $12 for kids over 10 years of age (under 10 can order from the regular kids menu), exclusive of tax and gratuity. Only offered at the Capitol Hill location at 903 19th Avenue East, reservations are required by calling Vios Café & Marketplace at (206) 329-3236 or online at http://www.vioscafe.com.
Mezze Plates

Equally important is the community.  “In Greece, at Easter time everybody is inviting each other — ‘Where are you going, who and how?’,” Soukakos said. Even if you won’t be stopping by Vios for the party, it might be a good time to open up a celebration of your own to the people you love and get back to those pleasures of your past.

Lucky 8s will distinguish itself as the only bicycle delivery and Chinese food delivery in the Capitol Hill neighborhood of 14th and Union. Lucky 8s will deliver dinner orders by bike from 5-10 p.m. for no delivery charge from April 1-7. Usually a $25 minimum for delivery, the restaurant will also give a complimentary entree of vegetarian fried rice with each delivery order, a $7.95 value. Bicycle delivery is limited to the perimeter of 23rd Avenue, Boren Avenue, E Yesler Way and Volunteer Park.

In addition to the weeklong promotion, Lucky 8s will be encouraging its diners to donate kids bicycle helmets at Lucky 8s or by donating the helmet to Lucky 8s’ bicycle delivery driver. The donations will be given to Childhaven, also located on Capitol Hill. The organization has been serving abused and neglected children for over 100 year. The helmets will go to children to fulfill birthday and Christmas wishes. Lucky 8s will be giving each donor a coupon for a free lunch as a thank you for the Childhaven donation. 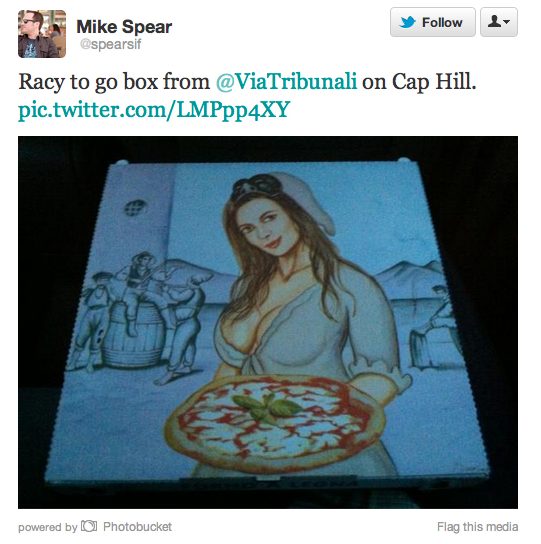 then after, art walk?

I will personally vouch for the delicious perfection that is their Biscuits and Gravy.