After 20 years of making a name for itself, Elysian Brewing can now focus on other goals, like a complete overhaul of its Capitol Hill location to keep up with the neighborhood’s increasingly impressive craft manufacturing investments.

Elysian cofounder and CEO Joe Bisacca tells CHS there will be some major changes throughout the E Pike brewery, but the main objective is to make the craft the focus.

“We want to bring the brewing aspect to the forefront in that space,” Bisacca said.

Bisacca said plans include tearing down a wall, opening up and reconfiguring the brewery portion and adding five fermentors. The vision is to create a “brewing amphitheater” with stadium seating and comfortable tiers of tables so customers can enjoy the brew while they cheer on the brewmaster.

“The idea is when we’re brewing customers can sit and have a beer pretty much right in there with us,” Bisacca said.

Elysian also plans to add garage doors along E Pike to open up the pub to the sidewalk.

The upper area of the space will get some updates and modifications as well and the bar, the kitchen, the bathrooms and entry will be redone.

While the focus for the past two decades has been on growing Elysian, Bisacca said the remodel has always been in the back of his mind, and now is the time to make it happen, not only on Capitol Hill but also at the Elysian Fields location near the stadiums.

The project will join a wave of big time beer investments around the neighborhood. Though delayed, the Redhook Brewpub and its 10-barrel brewery is being planned for a mid-2017 opening in the Pike Motorworks development on E Pike. Redhook representatives had said they planned to open the new multi-million dollar brewpub in fall 2016 to coincide with the 35th anniversary of the brewery’s launch in a Ballard garage. Redhook moved its operation from Seattle to Woodinville in the mid 1990s. It also operates a brewery in New Hampshire. The company is owned by the Craft Beer Alliance, a company partly owned by Anheuser-Busch InBev.

An even larger investment has small beer backers on E Union where the tech-powered Optimism Brewing opened in November 2015 after its owners overhauled a $6.5 million auto-row era building into a working brewery with twice the capacity of the planned Redhook pub.

The projects also fit into a family tree with the $20 million+ Starbucks Roastery which opened in December 2014 on Melrose and set the bar for melding Capitol Hill’s history of light and craft manufacturing and its remaining auto-row era architecture with the neighborhood’s busy food and drink scene. 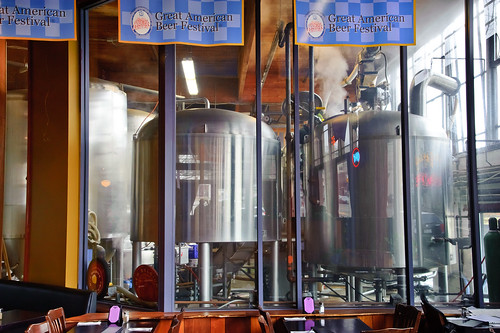 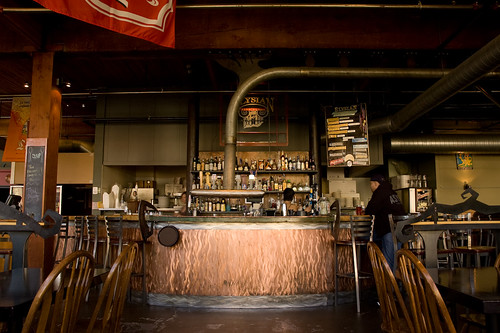 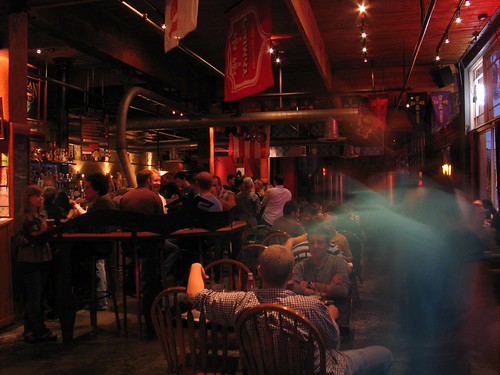 Another global food and drink giant is behind the scenes at Elysian. Bisacca tells CHS the Elysian remodel would have been done with or without Anheuser-Busch, which bought Elysian in January 2015, but the parent company allows the brewery to take the plans further with a budget Elysian didn’t previously have. AB also gives Elysian control over themselves and allows them to pursue their own directions with the plans, Bisacca said.

Bisacca said the company has so for encouraged Elysian to brew what they want. Many craft breweries focus on ales because the turnaround is shorter, but now Elysian can work on lagers, he said. AB looks at Elysian like a pilot system of sorts and considers creating new beers to be part of their purpose, Bisacca said.

While Bisacca has embraced the sale, it didn’t sit well with everyone. Three months after AB took control, Elysian cofounder and craft brewer Dick Cantwell left the company.

Along with David Buhler, Bisacca and Cantwell opened Elysian in 1996 at its 13th and E Pike location.

With the long permitting process at the city, Bisacca said he’s hoping to start the overhaul in early summer 2017. The extensive plans at Capitol Hill will shut down the pub for a while, but Bisacca isn’t sure how long the closure will be.

“Obviously we want to close as short of a period as we can,” Bisacca said.

Bisacca said the E Pike brewery hasn’t had work done for more than a decade.

As for the other big beer-back brewery joining E Pike in 2017, Bisacca said he doesn’t look at Redhook as competition — he has the opposite view, in fact, saying Redhook as well as Optimism add to the neighborhood.

“I think it’s going to bring more people looking to for great beers to that zone,” he said.

Elsyian Brewing is located at 1221 E Pike. You can learn more at elysianbrewing.com/capitol-hill.

We caught up with @singleshotsea's Adam Fream before he opened up shop the other day. Get the full story at https://t.co/6qqXvdeGAH #BarNone pic.twitter.com/VCNVtmQb3F

A miniature Roastery and the "Starbucks 45 Years" Siren, two new gems for your ?. #Ornaments #StockingStuffers pic.twitter.com/g5N1mvbBab