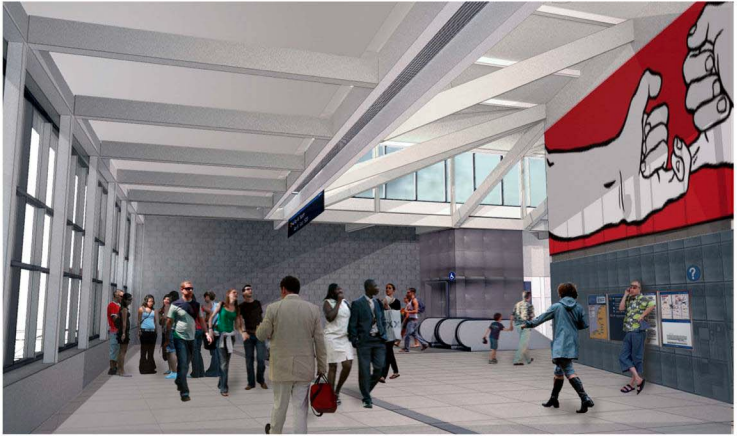 While the process to shape the development of the land around Broadway’s new light rail station ebbs and flows to incorporate everything from affordable housing to an LGBTQ community center, the construction of the core transportation facility is now locked and loaded.

The Sound Transit board has awarded the $110 million contract to build Capitol Hill Station to global construction company Turner. 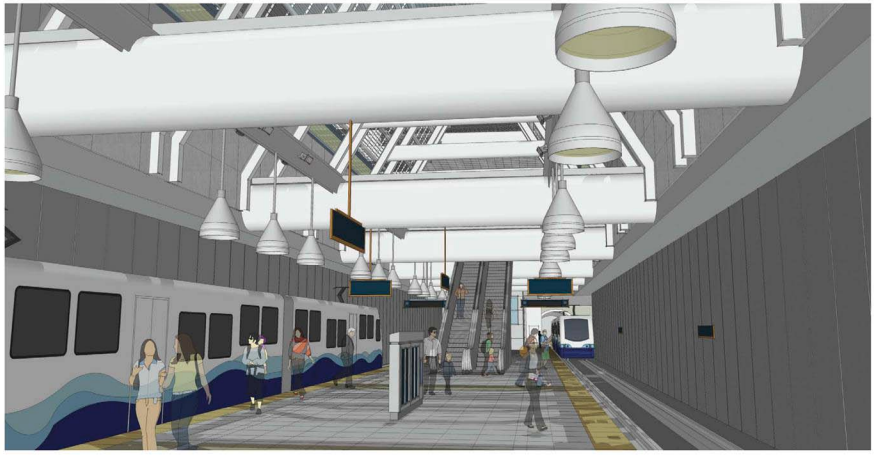 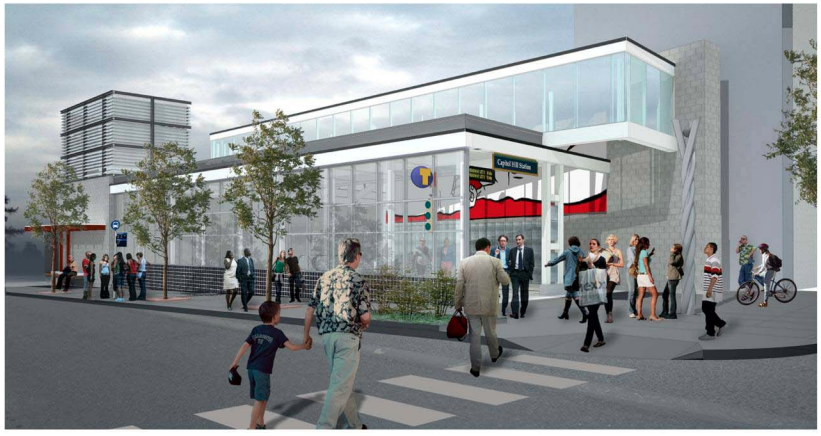 The Daily Journal of Commerce reports that construction on the Hewitt-designed project will begin in November and is expected to take four years. We’ve asked Sound Transit for details on changes to expect around the site during this new phase. At this point, we know concrete work is scheduled to begin late next month.

By the time the new station comes online late in 2016, it will be surrounded by more than 100,000 square-feet of newly (or about to be!) developed affordable housing, a plaza and commercial space. The station construction will create a subway facility about 80 feet below ground:

Entrances at John and Denny will be joined by an entry on the west side of Broadway where Sound Transit presently has set up temporary construction office space. Large installations from local artist Ellen Forney and jet plane-chopper upper Mike Ross will give commuters something to ponder as they await the next train.

Hewitt’s design will be part of a wave of projects from the architects being developed around the Hill in the next few years. You’ll also find their work across the street as the old Hollywood Video building is overhauled into a new residential building and down the Hill at the high-profile Melrose & Pine development set to reshape an entire block of lower E Pine.

The physical process to build Capitol Hill Station began in spring 2009 as blocks of Broadway retail buildings were demolished. Contractors took less than a year to dig a three-mile long set of twin tunnels connecting UW’s Husky Stadium to downtown via Capitol Hill. The $1.9 billion dollar U-Link project will extend Sound Transit’s light rail line from downtown with an expected start of service in late 2016.

To win the station job, Turner beat out a roster of large construction firms. It is expected that some of those big names will also be part of the opportunity to develop the land around the station. That bidding and qualifications process will play out in 2013.

it’s the old Hollywood Video building that’s being renovated. Broadway Video is alive and well at the north end of Broadway, 512 Broadway East……

……will be phased – it most likely will not all be completed by the time the trains are running. The goal is to have at least one of the buildings completed by the time the station opens. To follow this work, join the Captiol Hill Champion email list by writing [email protected]. You can find all the planning documents and information about progress towards developer selection at the DPD webpage http://www.seattle.gov/dpd/Planning/CapHillStationArea/Overv and at Sound Transit’s webpage http://projects.soundtransit.org/Projects-Home/University-Li

The first of many to come I hope. Light rail from West Seattle to Ballard!

As in the first of the post-Central Link stations, I know we already have underground stations in downtown and on Beacon Hill.

Thanks. Tweaked above to reflect the timing of the development.

[…] The $110 million station is planned to be completed and ready for operation in three years. Construction began in spring 2009 as blocks of Broadway retail buildings were demolished. Contractors took less than a year to dig a three-mile long set of twin tunnels connecting UW’s Husky Stadium to downtown via Capitol Hill. The $1.9 billion dollar U-Link project will extend Sound Transit’s light rail line from downtown with an expected start of service in late 2016. […]

Where Can I Find Cheap Jerseys

Thanks for another great article. Where else would anybody get this kind of information in such a amazing way of presentation.