Savannah Ledgerwood is a poster shopper, of sorts, for low waste commerce at Central Co-op (Image: Nick Turner for CHS)

Most people bring a reusable tote bag to carry their groceries home. Savannah Ledgerwood, however, takes it a little bit further. She comes prepared with a selection of bags and glass jars of varying sizes. She uses them to buy food, produce, and ingredients—mostly in bulk—and avoid plastic and other single-use packaging materials. Ledgerwood does this to reduce her impact on the environment, and her methods follow the tenets of something called a “zero waste” or “low impact” lifestyle. Though she’s a relatively new customer, Ledgerwood is the kind of shopper Central Co-op was born to serve — 40 years ago this month.

“I try my best to eliminate plastic from my day to day life, especially from my shopping routine, as much as possible,” Ledgerwood said. “It’s just a really small step towards creating a bigger environmental impact.” END_OF_DOCUMENT_TOKEN_TO_BE_REPLACED

50 Years of Fabulous, a documentary on the The Imperial Council, screens October 20th

“Three Dollar Bill Cinema is about bringing our community together around queer film and media,” new executive director Ben McCarthy says. “Being able to see ourselves reflected on the screen is really important for our community, and it’s important to come together and see a film in a theater, the way it’s supposed to be seen, rather than on your phone or on your laptop or tablet or even your TV at home.” END_OF_DOCUMENT_TOKEN_TO_BE_REPLACED

“I grew up believing that being female was weak. That my tears…meant I was weak, and that I should be able to take it…And so, when I was assaulted and when I was raped, I didn’t tell because I thought it was my fault for my weakness, or because I went out, or because maybe I wore something, or maybe I had something to drink. Somehow, it was going to be my fault…I think that it’s time that we stopped thinking that taking it is somehow a positive thing. I think that it’s time we stopped buying the idea that, if we speak up, we’re bitches or pushy broads or battle axes or any of those pejorative comments that people use to describe strong women.”

Those were the words of a woman, one of many, who spoke at a vigil held in Cal Anderson Park Wednesday night to protest the Supreme Court nomination of Brett Kavanaugh and respond to the allegation that he sexually assaulted Christine Blasey Ford and others.

“Our tears might look like weakness on one level but they are part of our strength, because being strong doesn’t mean I don’t feel sad,” the woman continued. “There are lots of other people who have been oppressed for a very long time and I’ve done my best to try to use whatever privilege my white skin gives me to stand up and speak for other people and be a decent ally. Today I’m here for myself as well, and I hope that we all will put value on ourselves as well and stand up and, if anyone’s getting treated like that, don’t take it.” END_OF_DOCUMENT_TOKEN_TO_BE_REPLACED

Every few months, the city’s bravest souls get on stage in front of hundreds of audience members to talk about a topic of their choosing. Each speaker gets five minutes and 20 slides for 15 seconds each to talk about their greatest passions, discoveries and musings.

Ignite Seattle, which began in 2006, is the largest open submission speaking event in the Pacific Northwest. These days, it calls Capitol Hill home. Three or four times a year, a crowd gathers at the Egyptian Theater to listen to some of Seattle’s most interesting — or, at least, most talkative — people as they impart their wisdom on a crowd of nearly 600. Their next event— Ignite #37 on Thursday, October 4th — has been sold out for weeks but you can check out igniteseattle.com for information on the standby line and upcoming sessions. Tickets are typically $15. Doors open at 6:30 PM

With a home on Capitol Hill, Ignite Seattle is also branching out with new connections to strengthen its position as a cultural engine in the city.

“What role does ignite play in the community of Seattle? It’s a stage. It’s a way for people to talk about things they’re passionate about to a pretty large audience,” Zac Cohn, Ignite Seattle’s Speaker Wrangler tells CHS. END_OF_DOCUMENT_TOKEN_TO_BE_REPLACED

There once was a Hugo House here / We loved its old crazy quilt cheer / This house, it would seem, an architects dream / But the spirit of quirkies still near

This poem was recited by Dick Gemperle last weekend at the grand reopening of Richard Hugo House, a beloved community workspace for writers and a home for Seattle’s “literary heartbeat.”

“This is a wonderful time for Hugo House. Everything is coming together in September. On the 4th of September we closed the transaction to purchase this space. We’re almost done with construction, almost done with our capital campaign, tonight is our grand opening, and next week classes start,” said Gemperle, board president of Hugo House. “It’s all coming together.”

The new Hugo House offers more space for readers and writers with more classrooms, along with a dedicated performance space for readings, and a front parlor space with desks and bar that will be open during events. END_OF_DOCUMENT_TOKEN_TO_BE_REPLACED

Writer and filmmaker Vivian Hua will take the helm as the executive director of Capitol Hill’s Northwest Film Forum.

After she assumes the role on October 11th, Hua will be in charge of the strategic direction and creative vision of NWFF, a filmmaker’s collective founded in 1995 that uses film to “incite public dialogue and creative action through collective cinematic experiences.”

“There is no more powerful medium than film,” Hua said. “I work at the intersection of using art as a means of social change and discussion.” END_OF_DOCUMENT_TOKEN_TO_BE_REPLACED

Bo-Ying Fu and her parents have proven that the path of an immigrant doesn’t mean leaving home behind. The three family members have opened their own restaurant, Dao Tai House, on 12th Ave, bringing the flavorful cuisine of Northeast China to the heart of Capitol Hill.

“Let’s not make Americanized Chinese food. Let’s make it like home,” Fu and her parents decided before they opened the restaurant. “The Chinese food here is okay but it’s all very concentrated in the International District. Capitol Hill is well known for its food and we kind of just went for it.” END_OF_DOCUMENT_TOKEN_TO_BE_REPLACED

Capitol Hill was a very different place when Jerry Traunfeld opened his restaurant, Poppy, a decade ago on Broadway. As he and his staff prepare to celebrate the restaurant’s 10-year anniversary on Sunday, Traunfeld said it was a quest for independence that led to his choice to open a business on Capitol Hill.

Before Poppy, Traunfeld worked as the chef at the Herbfarm for 17 years where he says he reached the top of his game. He had built a reputation for himself, won the James Beard Award and published a few cookbooks. Despite his success, he still felt that he wanted to create something he could call his own.

But independence has its price. Traunfeld opened the restaurant on September 18th, 2008 — just as the global economy fell to pieces. END_OF_DOCUMENT_TOKEN_TO_BE_REPLACED 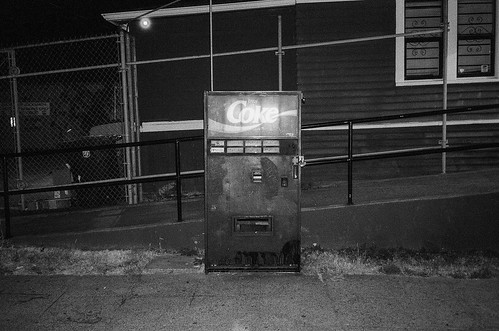 A tax on sugary drinks sold in Seattle has produced more money than expected — and the missing Capitol Hill mystery pop machine had nothing to do with it. Now City Hall is sorting out how best to put the healthy revenue from unhealthy — without moderation! — beverages back into the community.

Friday, members of the Seattle City Council met with the Community Advisory Board of the Sweetened Beverage Tax to discuss why the tax exceeded revenue projections, what to do with the extra money, and to make recommendations for how to use the money in the 2018 and 2019 budgets.

“Communities of color and low-income people face the greatest disparities in terms of health and education outcome,” Christina Wong, co-chair of the board tells CHS. END_OF_DOCUMENT_TOKEN_TO_BE_REPLACED

Capitol Hill’s first hospital has come a long way since 1945, when an idealistic group of doctors founded the Group Health Cooperative based on the idea that healthcare should be provided affordably and at hospitals owned and staffed by physicians. They acquired St. Luke’s on 15th at John, and together the hospital and neighborhood grew together for more than seven decades. Group Health became one of the country’s largest consumer-directed healthcare organizations, but in 2017 it was acquired by Kaiser Permanente, one of the biggest not-for-profit health plans in the United States.

As part of an effort to remodel its Capitol Hill campus by 2022, Kaiser announced a $400 million project last year to improve access to primary and specialty care and provide community spaces for public use. The process to shape that project has begun.

The remodeled campus won’t be any bigger than it is now, according to Kaiser Permanente’s Julie Popper, but it will provide better specialty and out-patient care so that members can get the treatment they need and get on with their day.

“We’re not building any higher. We’re not expanding any further. Patients want to get help and go home at the end of the day,” she said. “We really want to bring the building to the cutting edge in healthcare today.” END_OF_DOCUMENT_TOKEN_TO_BE_REPLACED